Freeman Dyson: "The whole earth is growing greener as a result of carbon dioxide." 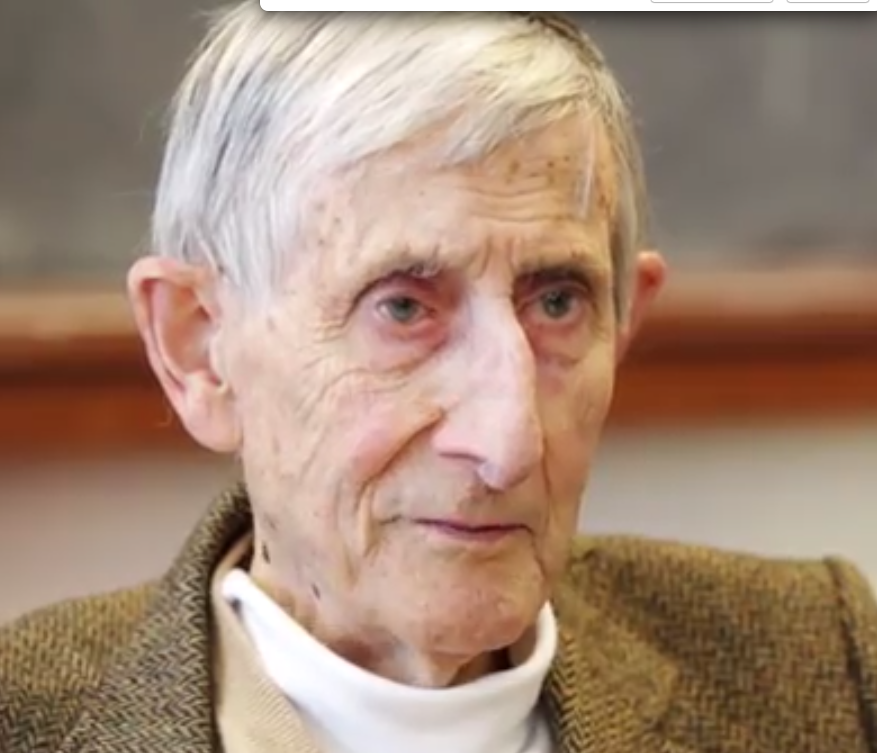 In an interview with the Vancouver Sun, Princeton University’s preeminent physicist Freeman Dyson says, “as measured from space, the whole earth is growing greener as a result of carbon dioxide, so it’s increasing agricultural yields, it’s increasing the forests and it’s increasing growth in the biological world and that’s more important and more certain than the effects on climate.”

When first asked whether man-made climate change existed, Professor Dyson answered that it did exist, but the real question is how much and is it good or bad. It is probably much less than is generally claimed. The important thing is, there are huge non-climate effects of carbon dioxide that are overwhelmingly favourable.
When asked about the effects of CO2 on vegetation, Professor Dyson answered that CO2 was increasing more or less as we expected. He has been working on this for 37 years and originally he thought that the effects was about 10% but now it is more like 25%. Carbon dioxide in the atmosphere has gone up by 40% and about half of that has gone into raising vegetation and so vegetation has increased on the average by about 20%. That's important for food production and also biodiversity, preservation of species and everything else.

There is a belief that climate change will bring calamitous results but Professor Dyson does not understand that belief. Freeman Dyson says models do a good job of helping us understand climate but they do a very poor job of predicting it. The real world is far more complicated than the models.

McNish asked whether it was true that the Sun's temperature hadn't changed and Professor Dyson replied:

"It's true that the temperature hadn't changed BUT it's activity - meaning sunspots and magnetic storms - does change. They change with and 11 year cycle, very strongly.  There is a young man, Nir Shaviv, an Israeli has studied the effect of solar cycle and sunspot cycles on the climate. It has nothing to do with the temperature of the sun. The evidence is clear that the activity of the sun has an effect. The Little Ice Age occurred when the sun went to sleep for about 70 years - the Maunder Minimum.

Prof Dyson says that, even though Al Gore suggested it, you can't take water vapour out of the equation.


http://www.vancouversun.com/technology/Conversations+that+matter+Earth+actually+growing+greener/10944052/story.html
Posted by Geoff on April 07, 2015 No comments: