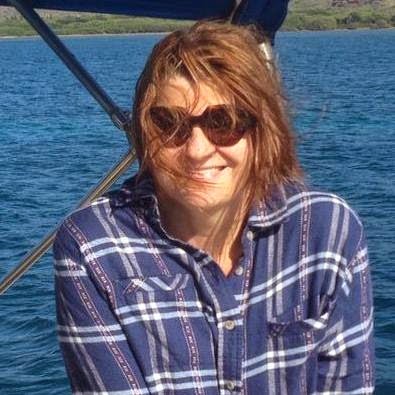 ABC Researcher Wendy Carlisle has been making faulty statements and lies on a Facebook thread.

In a Guest Post by Elizebeth Flowers, we reported several of her statements: "Ms Carlisle went to considerable pains to seek to denigrate Fred Singer" and "Ms Carlisle erroneously criticised Lord Monckton’s claims re the IPCC’s sea level rise projections."


Are we not right to assume that such derogatory inaccuracies should not be permitted in ABC reporting and that Ms Carlisle should be compelled to publicly retract her statements or be censured? Or does Wendy Carlisle epitomise ABC bias!?


The work of journalists such as Wendy Carlisle has, in my view, enabled the spread of bogus science to the detriment of Australia. Tax payers fund her yet she's abetting the fleecing of taxpayers via and unjust and unfounded tax driven by a political agenda.

Seems like Wendy didn't learn from her former inaccuracies. She continues on her erroneous way.

97 per cent of scientist who study the climate

This 97% figure has been exposed many times. Can you imagine a study based on these dubious questions:


Of course temperature have risen since pre-1880s. The Little Ice Age is a period between about 1300 and 1870. Thank Heaven we are out of the Little Ice Age and temperatures have warmed. That should have got 100% from scientists involved in climate. The second part is a little harder. What influence would be considered "significant?" Obviously, the UHI contributed to warming.

So, flawed (or loaded) questions must skew the result. Ms Carlisle however says the study comes from a tally of published papers. Several studies have looked at papers. The most recent was Cook et al. This has been rebutted many times including a peer reviewed paper: (LINK)

Friends of Science a front for the fossil fuel lobby


Previously FOS may have indirectly received some funds from energy sources however not for six or seven years. Friends of Science say: (LINK)


We do not represent any industry group, and operate on an extremely limited budget. Our operational funds are derived from membership dues and donations, contributing to the educational work we are doing in the field of science. We work to educate the public through the dissemination of relevant, balanced and objective information on Climate Change, and to support real environmental solutions.

Bob Carter has been a major contributor to the NIPCC report; arguably the best report on climate science.


I can image Ms Carlisle is spluttering in her lattee and saying: "I meant in peer reviewed journals."

But did she do the simplest of research? Did she even google Wikipedia?

I just rely on what the overwhelming majority of scientists specialising in climate say.

Argument to authority is not scientific, as we learn from Philosophy 103: (link)

Argumentum ad Populum (popular appeal or appeal to the majority): The fallacy of attempting to win popular assent to a conclusion by arousing the feeling and enthusiasms of the multitude. The main problem with this fallacy is the mere fact that many people agree on something often does not imply that what they agree on is true.

Albert Einstein once said, “No amount of experimentation can ever prove me right; a single experiment can prove me wrong.” So, no matter how many scientist on the public tit believe the CAGW hypothesis, as Einstein says, it only takes one falsification to blow the hypothesis out the window: Man Made Global Warming Hypothesis Falsified - multiple times.

Heartland Institute is a Franchise of the Fossil Fuel Industry


In this statement, Ms Carlisle's faulty research is putting her in danger of being sued for defamation.

There have been numerous false and malicious claims that The Heartland Institute is a front for the energy industry and is funded by "the Koch brothers." These statements are often made with full knowledge they are untrue; in some cases they are made without such knowledge.

With this notice, the reader is informed he/she will have no defense of "innocent mistake" made because of lack of knowledge and may have legal liability for defamation.-- Legal Counsel, The Heartland Institute June 2014

I wouldn't be taking a scientific opinion from someone who didn't have the expertise. etc


The Scottish peer Lord Monckton has been raising hell against the carbon tax in barnstorming rallies and public meetings around the country. But just who is Lord Monckton and who are the forces behind him? Chief amongst them a mysterious group called the Galileo Movement and mining magnate and now media player Gina Rinehart. Reporter Wendy Carlisle.

Google Lord Monckton, nothing mysterious- his aim is to expose the global warming hoax.


Google Galileo Movement and you can find out what you want.


Tell me, Ms Carlisle, have you read any of the NIPCC reports prepared by scientists. These reports counter the IPCC reports.


On the other hand, scientists behind the NIPCC reports all support the summaries.

More of Wendy Carlisle's Lies about Man Made Climate change: