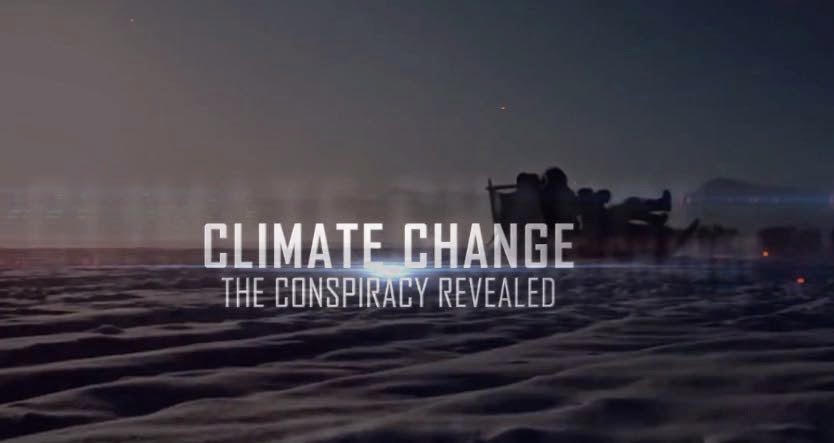 Climate of Freedom – Be a part of the only change that truly needs to happen.

Climate change has been one of the most controversial topics over the last two decades.  Al Gore’s An Inconvenient Truth told us that we were destroying our world with catastrophic manmade climate change.  The documentary set records and won awards, including a Nobel Prize for Gore.  Since the film’s production, Gore has continued his mantra of doom.

Yet, in spite of all the noise, there still hasn’t been any global warming.  Could there be an ulterior motive for the incessant cries that the world as we know it will quite literally burn up?  What if someone were to embark upon a Pilgrimage of Truth Against the Profiteers of Doom?

Climate of Freedom is an upcoming feature length documentary film set for theatrical release in September 2015.  Starring world renowned Climate Change expert Lord Christopher Monckton, the film sheds light on the intentions of the United Nations Intergovernmental Panel on Climate Change (IPCC) and shows how they plan to use false science and fear mongering to create a de facto world government.  Lord Monckton will combine interviews with top scientific experts, with humor, facts, and a bit of fun to show the truth about Global Warming and the UN’s desire to subjugate the West to its tyranny.

Director James Lea and Lord Monckton took it upon themselves to share this side of the story with the world, hoping to share the truth with as many people as possible.  You can partner with Lord Monckton and Lea by supporting the Indiegogo campaign that will go on to fund the film’s production. Be a part of the only change that truly needs to happen: the awareness on what’s really going on – on all the things that you don’t really see because they are hidden behind-the-scenes, lost in a sea of bureaucracy and misleading information.  Join Lord Monckton on his Pilgrimage of Truth Against the Profiteers of Doom.

Those who stand with Monckton against tyranny will be eligible for perks such as thank you’s, removable bumper stickers, customized Facebook covers, Climate of Freedom booklets, one’s name in the movie’s credits, and much more.

Lord Monckton’s team realizes that not everyone may be able to contribute financially, so they encourage those who cannot commit funds to the Climate of Freedom campaign to help spread the word about the project through social media such as Facebook, Twitter, Instagram, and Tumblr.

Recording a video challenge for Vine, Facebook, and Instagram to invite friends to partner with Lord Monckton and his team is another great idea.  Wherever and however you spread the word, remember to use the hashtags #AlGoreLies and #ClimateFreedom in all your posts.

Contributions of all amounts are welcome! 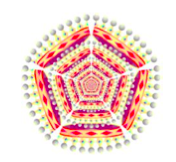 “…The Lord Monckton Foundation shall conduct research, publish papers, educate students and the public and take every measure that may be necessary to restore the primacy and use of reason in science and public policy worldwide, especially insofar as they may bear upon the rights of the people fairly and fully to be informed, openly and freely to debate, and secretly by ballot to decide who shall govern them, what laws they shall live by and what imposts they shall endure.” Chris DawsonChief Executive Officer & Directorchrisdawson@lordmoncktonfoundation.comwww.lordmoncktonfoundation.comPh: 03 9878 3333 - Int’l: (+61) 3 9878 3333 - Mobile: 0409 805 425PO Box 14, Nunawading LPO, Nunawading VIC Australia 3131 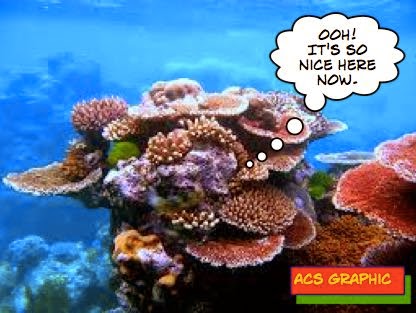 
is there such a thing as ocean acidification, and should we worry about it?

No, the oceans have always been alkaline and will remain so, despite any minor decrease in alkalinity caused by the absorbtion of extra carbon dioxide

Having noted that, an ocean becoming less alkaline is known as ocean acidification, even if that ocean will never turn to acid.

Phys.Org reports on a new paper published late last year in the journal Proceedings of the Royal Society B: Biological Sciences.

Researchers from Northeastern University's Marine Science Center and the University of North Carolina at Chapel Hill have found that moderate ocean acidification and warming can actually enhance the growth rate of one reef-building coral species. Only under extreme acidification and thermal conditions did calcification decline.


New research explains how mod­erate increases in ocean acid­i­fi­ca­tion and tem­per­a­ture can enhance the growth rates of some reef-forming corals. Authors of a new report attribute the coral's pos­i­tive response to mod­er­ately ele­vated carbon dioxide to the fer­til­iza­tion of pho­to­syn­thesis within the coral's algal sym­bionts, which may pro­vide the coral with more energy for cal­ci­fi­ca­tion even though the sea­water is more acidic.

Anthropogenic increases in atmospheric CO2 over this century are predicted to cause global average surface ocean pH to decline by 0.1–0.3 pH units and sea surface temperature to increase by 1–4°C. We conducted controlled laboratory experiments to investigate the impacts of CO2-induced ocean acidification (pCO2 = 324, 477, 604, 2553 µatm) and warming (25, 28, 32°C) on the calcification rate of the zooxanthellate scleractinian coral Siderastrea siderea, a widespread, abundant and keystone reef-builder in the Caribbean Sea. We show that both acidification and warming cause a parabolic response in the calcification rate within this coral species. Moderate increases in pCO2 and warming, relative to near-present-day values, enhanced coral calcification, with calcification rates declining under the highest pCO2 and thermal conditions. Equivalent responses to acidification and warming were exhibited by colonies across reef zones and the parabolic nature of the corals' response to these stressors was evident across all three of the experiment's 30-day observational intervals. Furthermore, the warming projected by the Intergovernmental Panel on Climate Change for the end of the twenty-first century caused a fivefold decrease in the rate of coral calcification, while the acidification projected for the same interval had no statistically significant impact on the calcification rate—suggesting that ocean warming poses a more immediate threat than acidification for this important coral species.
Posted by Geoff on February 04, 2015 No comments:


From the Washington Times:

Prudent nations are looking again at the cost of going green

Climate change is becoming a hard sell. When the computer models get the next day’s forecast wrong, it’s hard to persuade anyone to pay attention to their predictions of what the Earth’s climate will be a half-century from now. Saving the world from imaginative calamity and catastrophe is never easy

Holy Grail of the AGW Hoax

The holy grail of environmental fanatics — and their friends in high places, ....... is a legally binding agreement among nations to limit greenhouse gases, such as carbon dioxide, they blame for global warming (and never mind that carbon dioxide is essential for life and that the globe isn’t actually warming). Since handshakes are more likely to mean something when palms are greased, enthusiasts for the pact are trying to shake down wealthy nations for $100 billion to distribute to developing nations for “green” projects. They hope to make a deal final at the United Nations annual climate summit late this year in Paris.

Two of the biggest emitters of Green House Gases (GHGs) are China and India. They have not been taken in by the great AGW hoax:


India and China have no doubt noticed the fate of other nations lured into the green embrace and found themselves trapped. In Germany, Chancellor Angela Merkel was tilting toward windmills and other renewable energy projects when she announced a phase-out of its nuclear power plants by 2022 in the wake of the 2011 Fukushima nuclear meltdown. Desperate to make up for the loss of 22 percent of its electricity provided by nuclear plants, Germany instead watched its greenhouse gas emissions reduction goals go up in the smoke of new coal-burning power plants. Germans have seen their electricity bills rise 60 percent during the past five years.

Spain offered attractive incentives for customers to install expensive solar panels and in addition sold electricity to consumers below cost, but an exploding deficit forced the government to reduce the subsidies a year ago. In Britain, subsidies for solar and wind energy projects have doubled fuel bills over eight years. The Europeans are beginning to look at the fare before climbing aboard the climate-change bandwagon.

Scot Mike Haseler describes himself as a Climate Scientist


I am more of a scientist than most who work on climate. (link)

He has had a renewables business, has been selected as a Greens  candidate, has worked in the wind industry - but now -


I am an agnostic on man-made warming, a sceptic by scientific training and disgusted with so called climate “science” which isn’t science as I was taught it.

Over the years, I’ve learnt through bitter experience that “ignorance is bliss” and that if you go and look at an area of climate it always turns out that the scam is much worse than you could have imagined.

I accepted the work of people like Hermann Harde says that CO2 should cause around 0.6C rise in global temperature for a doubling of CO2 but I assumed the real contention was the amount of feedback.But over the years working on this global warming scam, I’ve realised that there are quite a few ways the earth could be influencing climate – many of which are not even considered because of the present day obsession with CO2. So, when I realised that I might be able to string them together into a coherent theory explaining the ice-age cycle I decided to do the ground work to put that theory into a more rigorous form. That was last summer.

Haseler found two problems with his belief: the lags between temperature and CO2 - and the cooling phase:


(Above) I have my (hurriedly prepared) graph taken from the Vostok ice cores, showing temperature at the top and CO2 at the bottom shown over roughly 100,000 years of the typical (later) ice-age cycles. The problem is that whilst all show a very sharp rise in temperature very closely coinciding with a rise in CO2, temperature after hitting a peak clearly then has a rapid cooling phase which does not occur with CO2. So in the 16,000 years after the peak, we effectively progress more and more into an ice-age (and no, I’ve not worked out whether we are in the phase).

So, in no shape or form can CO2 be said to be “causing” the temperature change through the ice-age cycles. And if temperature plummets after the inter-glacial peak uncorrelated with CO2, then the rise into the inter-glacial cannot be associated with CO2. And so as these ice-age cycles are the main reason academics postulated massive positive feedbacks, this single piece of evidence can be said to undermine totally the credibility of positive feedbacks and CO2 (aka doomsday global warming). (bold added)


I can find no evidence whatsoever linking changes in CO2 to global temperature. Everything in the recent temperature series (e.g. CET) is clearly explained by normal natural variation. There is no need to invoke any “driver” of climate at any time in the CET record. Nothing in the ice cores can be said to show a linkage. That doesn’t rule out a small linkage, but it’s clearly far too small to show significant change and so I cannot with any integrity ascribe any climate change in any climate record with any certainty to CO2.