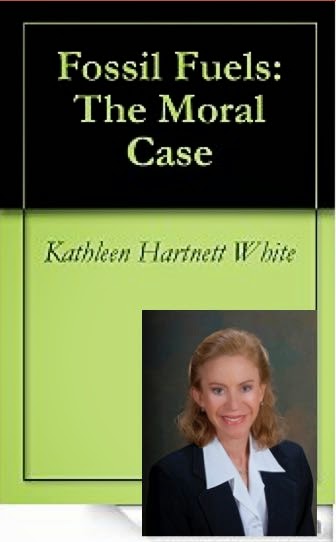 
The thesis of this paper is that fossil fuels, as a necessary condition of the industrial revolution, made our modern living standards possible and vastly improved living conditions across the world. Humanities use of fossil fuels released whole population from abject poverty. Throughout human history, elites, of course, have enjoyed comfortable wealth. No more than 200 years ago, however, the lives of the bulk of humanity were "poor, nasty, brutish and short," in the words memorably used by Thomas Hobbes.


Virtually everything needed to sustain the life of a human individual– food, heat, clothing, shelter– depends upon access to and conversion of energy. Modern, prosperous nations now access a seemingly limitless supply of energy. This cornucopia, however, is a very recent advance in mankind's history. Fossil fuels, methodically harnessed for the first time in the English Industrial Revolution, beginning in the 18th century and taking off in the 19th century, have been a necessary condition of prosperous societies and of fundamental improvement in human well-being.


This paper has aimed to identify rarely acknowledged profound historical facts about the role of energy in human history and the extent to which fossil fuel derived energy has improved human well-being across the world. As a necessary condition of the industrial revolution, the vast store of concentrated energy in fossil fuels unleashed sustained productivity and economic growth which in turn led to monumental improvements in human living conditions as measured by life expectancy, income per capita, calorific intake, clothing, shelter and fuels. And the greatest beneficiaries of this energy revolution known as the Industrial Revolution were average workers and the most impoverished. Increasing emissions of man-made CO2 is tightly correlated with this monumental improvement.

Ms White details NGO's surrounding the UNEP "decry the CO2 emissions associated with fossil fuels as pollution so dangerous that it will overpower the physical dynamics of earth's climate system. CO2, the gas that makes life possible on earth and naturally fertilises planned growth, is now characterised … as the most fearsome of weapons of mass destruction."

She says that "climate science" developed through the IPCC "concludes that global emissions of CO2 must be reduced by at least 85% 'to prevent dangerous interference with the climate system.' This policy finding is tantamount to elimination of fossil fuel use without energy alternatives fully comparable or superior to fossil fuels."

The upshot is that thousands of German homes are without electricity and, in Britain, one in four households live in energy poverty which could lead to 24,000 deaths of elderly  this winter.

"The IPCC science, however, founded on assumptions and speculative models, is increasingly contradicted by empirical evidence and thus remains unsettled. The growing doubt about catastrophic global warming was recently voiced in The Economist, formerly a staunch believer in man-made climate change:"If climate scientists were credit rating agencies, climate sensitivity [to increased CO2] would now be on a negative watch." Ms White notes the IPCC's "95% certainty that human activity is causing climate calamity" is "pulled from thin air without any statistical analysis. doctrinaire assertions of certainty have no place within the genuine scientific method."


Although 99.98% of the energy in the earth's atmospheric system derives from the sun, solar activity plays almost no role in current climate modelling comprising the core of the IPCC science. This is not the quality of science that could justify supplanting the energy wellsprings of mankind's greatest advance!