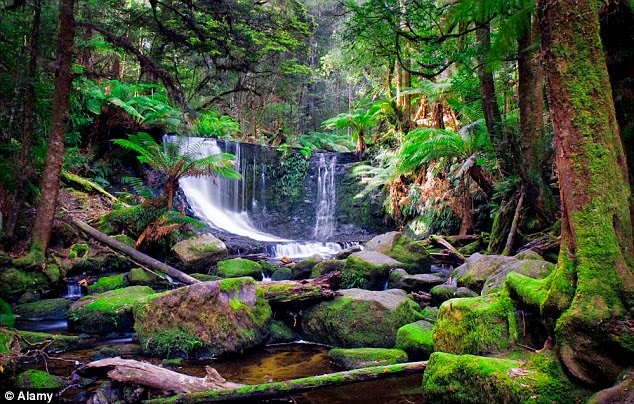 A new study published in the Proceedings of National Academy of Sciences suggests the tropical forests are using far more of the carbon (dioxide) and so growing far faster than previously believed.

Dr Schimel and his colleagues used computer models(not scientific data - Ed), satellite images, data from forest plots and photosynthetic experiments to build up a picture of how forests absorb carbon dioxide from the atmosphere.

The Paper: Effect of increasing CO2 on the terrestrial carbon cycle

Many of the general public believe that the much promoted “consensus” is an actual consensus with virtually all scientists agreeing. Science is not judged by consensus; consensus is a political thought and not a scientific thought. Two well known scientists who opposed "consensus" and showed the prevailing consensus to be wrong are:
Galileo Galilei supported of the Copernican theory that the earth and planets revolved around the sun. This challenged the "consensus" of Aristotle and the established order set by the Catholic Church.


Daniel Nebert, MD, is professor emeritus at the Cincinnati College of Medicine and Cincinnati Children's Hospital.  He began studying the supposed "consensus" of UN IPCC scientists that "global warming is unequivocal and human influence has been the dominant cause since the mid-20th century".

Dan wrote an opinion piece which was published in The Oregonian:July 13, 2014

Global warming is not settled science

The 2013 report by the United Nations Intergovernmental Panel on Climate Change (IPCC) states that "global warming is unequivocal and human influence has been the dominant cause since the mid-20th century." During his State of the Union speech in January, President Obama declared "the debate is settled. Climate change is a fact." As a physician-scientist who has carried out basic research for more than 50 years, I agree that we should not pollute the planet unnecessarily; however, I find the above statements far beyond the truth.

Estimates of numbers of scientists who "believe" in global warming range between 40 percent and more than 99 percent. Those in disagreement have been called "skeptics," "deniers," and "nonbelievers." However, "believing" and "denying" are terms used in "consensus science," not terms in "basic science."

What's the difference? Basic science is defined as knowledge about, or study of, the natural world based on facts learned through experiments and observations. A theory (hypothesis) is tested by performing experiments and interpreting results either to prove or disprove the hypothesis in a way to minimize uncertainty. It's best if those doing the experiments are "blinded", i.e. samples are coded so that those doing the experiments are not biased toward any expected outcome. These experiments must also be repeated by other groups to confirm the original findings. Only after data have been properly collected, vetted and thoroughly corroborated, do we have a conclusion – with the least amount of uncertainty needed to establish a scientific fact.

In contrast, consensus science is what the majority in a particular field of study agree upon might be true. The consensus may or may not turn out to be confirmed by further research. For example, 15 years ago simulation models predicted that all Arctic ice would disappear by September 2013. In fact, Arctic ice thickness doubled between summer of 2012 and summer of 2013. Other forecasts 15 years ago included substantial melting of Antarctic ice, warming of global temperatures, and rising sea levels. Although carbon dioxide levels have risen during the past 15 years, the Antarctic ice shelf has become thicker, there's been no increase in global temperatures and (if anything) global sea levels have slightly decreased. Thus, these simulation models included much uncertainty and, to date, all have been proven to be invalid.

There are many instances in which "established science" has been overturned by further experiments. In other words, science is never completely irrefutable.

For example, mad cow disease and the human equivalent, Creutzfeldt-Jakob disease, were degenerative brain diseases of unknown cause. After 10 years of experiments, neurologist Stanley Prusiner reported in 1982 that these diseases were caused by a virus-like protein which he named "prion" (derived from "protein" and "infectious"). Almost every scientist laughed, because viruses had been well known to always be made of DNA or RNA. Prusiner persisted, however, because he was convinced the consensus was wrong. He proved to be correct and was awarded the 1997 Nobel Prize for medicine or physiology for his novel discovery. Prions are now realized to affect tissues other than brain and, in fact, are found even in lower organisms such as yeast.

For decades, peptic ulcer was believed to be caused by mental stress and excess stomach acid. Following many years of experiments, physicians Barry Marshall and Robin Warren reported in 1985 that peptic ulcer was caused by Heliobacter pylori. This finding forever changed the field of ulcer research: Instead of treating ulcers with antacid medications and/or surgery, antibiotics could now kill the bacteria and cure the disease! Marshall and Warren were awarded the 2005 Nobel Prize for medicine or physiology for this breakthrough.

It is a fact that Earth's climate has been changing for 4.5 billion years. Indeed, fossil records in the Americas over the past 16,000 years have confirmed countless serious droughts lasting many decades, sometimes hundreds of years.  Climate is measured in centuries; today's global warming "scientists" are talking about weather (measured in months or years). Is it reasonable – when U.S. debt is increasing at a rate of $3.7 billion each day – for any taxpayer money to be spent on consensus science speculation?