Larry Bell, in his latest column for Newsmax, under the above heading points out that although -

the climate hadn’t warmed over 19 years prior to the run-up to that conference, feverish rhetoric certainly did. Yale Professor Timothy Snyder’s September New York Times op-ed titled “The Next Genocide” compared those who doubted dangerous man-made climate change with a Nazi commander slaughtering a Jewish baby.

He requested that universities turn over documents about grants, congressional testimony and other activities involving seven dangerously doubting scientists who have testified at climate hearings.

Larry talks of the RICO (“Racketeer Influenced and Corrupt Organizations Act) letter, Jagdish Shukla, a professor of climate dynamics at George Mason University, and 19 other academics sent to POTUS Obama. Then he notes that Shukla's own organisation received $63 million since 2001  from taxpayers in the form of grants from the National Science Foundation, the National Oceanic and Atmospheric Administration (NOAA), and NASA.

What’s more, a huge amount of that generous IGES non-profit, tax-exempt largess went into Shukla family pockets. According to tax filings, together with his “business manager” and wife Anastasia and “assistant business manager/assistant to the president” daughter Sonia they drew $5.6 million in compensation since 2001 (not including Sonia’s unreported earnings). 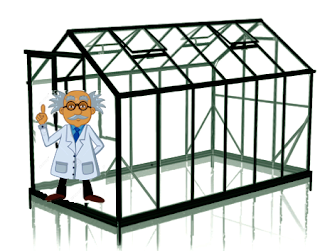 People Who live in Glass Houses

The sting in the tail from Larry: