Another debunking of one of UNSkeptical UNScience -SS's- so-called "Myths." This time debunking their #44

Anthony Cox  debunks Another Falsity from the BS (Bad Science) from the SS.


Arctic Ocean sea ice proxies generally suggest a reduction in sea ice during parts of the early and middle Holocene (∼6000–10,000 years Before the Present) compared to present day conditions. This sea ice minimum has been attributed to the northern hemisphere Early Holocene Insolation Maximum (EHIM) associated with Earth’s orbital cycles.

In the modern era Arctic temperature peaked before 1950, causing sea ice to peak and then decline.The decline continued until 2013 when it increased. 2013 is important because it was
predicted by Gore and other alarmists that the Arctic would be ice free in Summer by 2013. 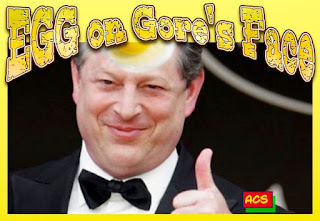 Self-styled “global-warming” guru Al Gore (shown) and a gaggle of supposed “climate scientists” have egg all over their faces — big time. In 2007, 2008 and 2009, Gore publicly and very hysterically warned that the North Pole would be “ice-free” by around 2013 because of alleged “man-made global warming.” Citing “climate” experts, the government-funded BBC hyped the mass hysteria, running a now-embarrassing article under the headline: “Arctic summers ice-free ‘by 2013’.”