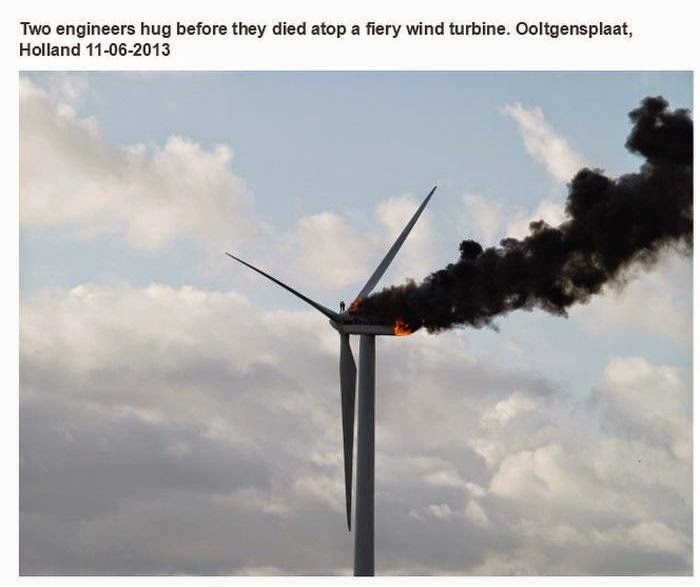 Two mechanics managed to get themselves to safety in time, reported a police spokesperson. Rescuers found the body of a deceased mechanic next to the wind turbine on the ground.

Because of the height the fire department initially had trouble extinguishing the fire in the engine room. In the evening, a special team of firefighters went up with a large crane, and found the body of the missing man.

Renewables are NOT cheap energy and do not create baseload power.

Lives are NOT renewable. 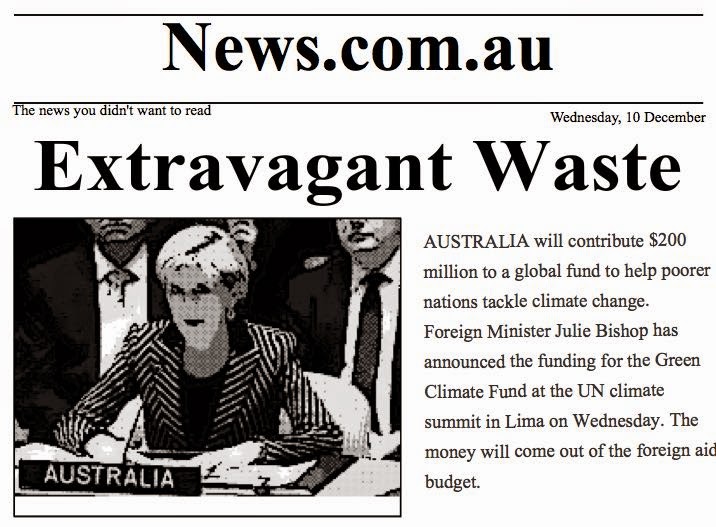 
Australian Prime Minister Tony Abbott has refused to pledge an Australian contribution since the summit, which is leaving him out of step with other leaders, according to the Lowy Institute’s Director of the G20 Studies Centre Mike Callaghan.

Why spend money on a non-existent problem. The News.com report concludes:


Australia, with its use of coal-fired power and relatively small population of 23 million, is one of the world’s worst per capita greenhouse gas polluters and has been under increasing pressure to do more to tackle the climate threat.

This is a flawed statement: "one of the world’s worst per capita greenhouse gas polluters"

There is not and never has been any science that says emissions of carbon dioxide equal pollution. The AGW hypothesis has been falsified. This century Carbon Dioxide has risen from ~370ppm to 400 around a 27% increase (Fig 1). Over this same period Global temperatures have fallen. (See Fig 2)

The UN fraudsters have been trying to say that 2014 will be the hottest year ever. The satellites have been measuring global temperatures since 1979. As this graph from UAH's Roy Spencer shows, even in the short period of satellite data, at least two years have been warmer. 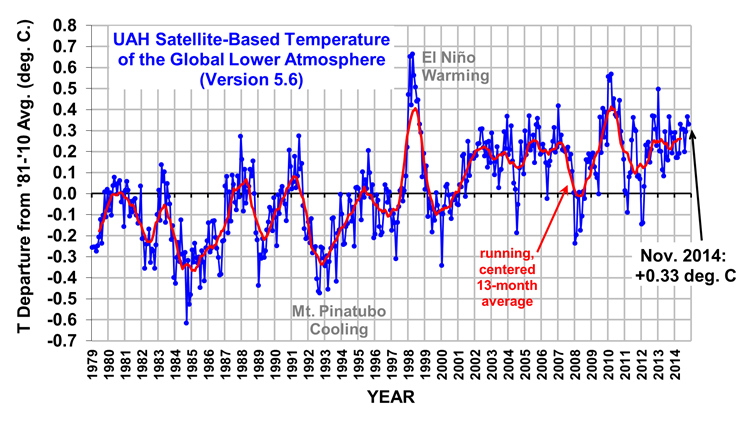 Julie Bishop: Do you realise that the Abbott Government inherited a massive deficit? Why waste money on a non-existent problem?

Surely you realise that the Abbott Government is heading toward being a one-term government and this extravagant useless waste of taxpayers' funds will help drag down your government.