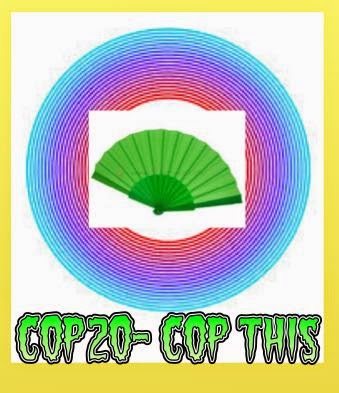 The ‘Al Gore Effect’ is defined by the Urban Dictionary as:

It happens repeatedly. The People who allegedly hate the warmth position their conferences in warm locales at warm resorts. And yet, time and again, they are hit with unusually cold temperatures.

We know that there has been no global warming for more than 18 years and that this century temperatures have been trending downward (According to (unSkeptical unScience's temperature trend calculator using the RSS satellite data at 0.05ºC per decade -see graph below) So perhaps this downward temperature reversal has also reversed the "Al Gore Effect."

....the near-9,000 delegates attending the UN’s climate change summit in Peru have found they also have a more local warming problem to contend with: the venue is too hot.

Sweltering temperatures inside the meeting halls have prompted many delegates to complain that the temporary buildings are generating their own “greenhouse effect” – with one Zimbabwean representative at Monday’s opening plenary reportedly even suggesting it was “too hot to work”.

But how did the hosts respond?  They posted a picture of a hand held fan on twitter:


The complaints appeared to be given short shrift by the Peruvian hosts, who responded by posting a picture of a hand-held fan on their official Twitter account. “Using air conditioning affects the planet,” they wrote. “And the heat? As simple as using a fan. Share the idea.”

Vital to Life CO2 is "pollution" according to Foreign Minister Bishop.

The Australian interviewed our Foreign Minister who is about to attend COP20 in Lima Peru. (Link) 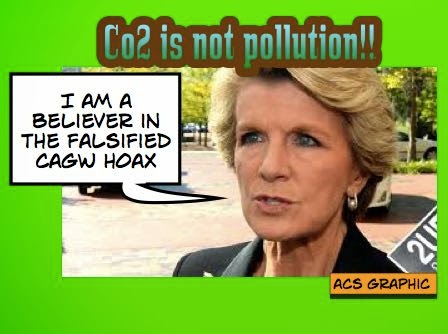 FOREIGN Minister Julie Bishop has declared the biggest greenhouse gas emitting nations have the greatest responsibility to make cuts, otherwise their pollution will swamp the reduction efforts of other countries, including Aus­tralia, which produces just 1.5 per cent of carbon emissions.

In an interview with The Australian, Ms Bishop dismissed arguments that per capita emissions were the best measure, arguing “those countries that are emitting the most have the greatest responsibility in terms of the totality. If they continue to emit at the same rate, the major emitters will dwarf action taken by other countries.’’

The Pollution of the Biggest Greenhouse Gas Emitting Nations!

Why are any cuts needed? The CAGW hypothesis has been falsified. There has been no global warming for 18 years and 2 months whilst the increases of essential CO2 has been greening the planet.

A UN Poll of more than 6 million people found that the global warming hoax is the least of their worries. 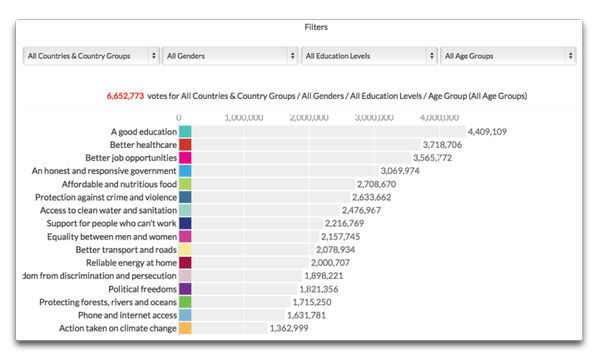 Source: The View From Here

Perhaps the saviour of our side will be Andrew Robb.