Climategate and the Goon Squad 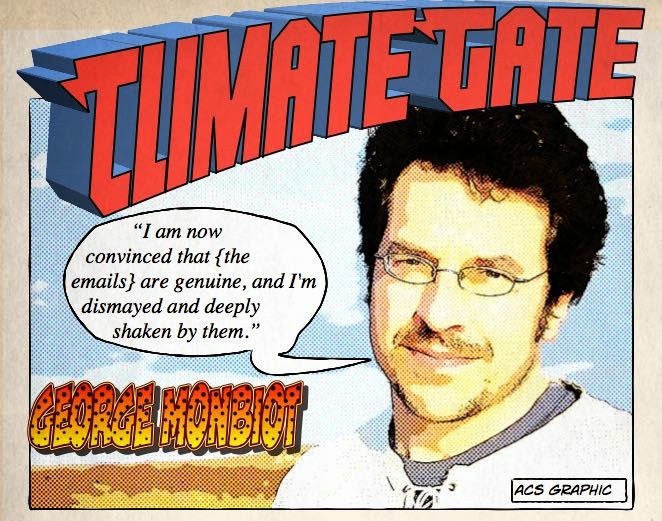 Too Big To Believe

George Monbiot of the Guardian (UK) was among the first mainstream media to express concern. “I am now convinced that they are genuine, and I'm dismayed and deeply shaken by them.” He was reacting to corruption on an unprecedented scale in exposed files from the Climatic Research Unit (CRU) at the University of East Anglia. Typically, he was only concerned about being fooled. To his further shame he is now in denial of the extent of the deception. True, the scale and extent appears unbelievable because it uses the deception of the Big Lie – too big to believe. However, I know it’s believable because I watched it develop and grow. Particularly since 1985 when the conference in Villach Austria conjoined the CRU with the fledgling Intergovernmental Panel on Climate Change (IPCC).

Tom Wigley and Phil Jones attended but were already developing the phony climate science Maurice Strong needed to pursue his goal of destroying western economies. For example, in a 1983 article Wigley was convincing climate science of a falsely low pre-industrial level of CO2.  Early attempts to challenge what they were doing followed normal academic processes and little interference occurred. For example, a book review I wrote based on the bad science became a Review Editorial In Climatic Change (Volume 35, Number 4 / April, 1997.)

The big change came when computer modelers took over climate science. I knew modeling global climate was impossible; apart from the inadequate surface and upper atmosphere database computer capacity was and is still inadequate. At conference after conference I watched modelers bully everybody. Models are the most corrupt part of the CRU and IPCC fiasco, an exposure yet to emerge.   They produced the ridiculous ‘predictions’ of disaster used to promote control through fear.

We’ve learned of data manipulation, publication and peer review control, and personal attacks on those who asked questions. Yet to emerge is how they manipulated the computer models to reach a result that was not a simulation of nature but proof that human CO2 was causing global warming and climate change. As the IPCC and its model projections grew in power to dominate global energy policy it drew increasing attention. This grew threatening and triggered the need for a Palace Guard to defend the CRU and the IPCC.

A group of scientists established themselves as the goon squad for the gangster bosses at the CRU.

“Colleagues, No doubt some of you share our frustration with the current state of media reporting on the climate change issue. Far too often we see agenda-driven "commentary" on the Internet and in the opinion columns of newspapers crowding out careful analysis. Many of us work hard on educating the public and journalists through lectures, interviews and letters to the editor, but this is often a thankless task. In order to be a little bit more pro-active, a group of us (see below) have recently got together to build a new 'climate blog' website: RealClimate.org which will be launched over the next few days:”

They’re familiar names to people who got in their way. Now the world should know. Evasiveness pervading the behavior recorded in the CRU emails was present at RealClimate (RC) and beyond. Note that William Connolley is listed twice – a Freudian slip because he was the nastiest and did double duty, but more on him shortly.

Schmidt elaborates, “The idea is that we working climate scientists should have a place where we can mount a rapid response to supposedly 'bombshell' papers that are doing the rounds and give more context to climate related stories or events.” The phrase “working climate scientists” was used frequently and typifies their arrogance.  Unless you are one you have no credibility or right to an opinion. It’s similar to their peer review charge and establishes them as the elite.

Activities of these “working climate scientists” were not to answer questions about their work but to divert, distract, ignore and marginalize with lies about people and ideas. Here is a February 9, 2006 email from Michael Mann that gives a flavor of the almost paranoid behavior.

“I see that Science (the journal) has already gone online w/ the new issue, so we put up the RC post. By now, you've probably read that nasty McIntyre thing. Apparently, he violated the embargo on his website (I don't go there personally, but so I'm informed). Anyway, I wanted you guys to know that you're free to use RC in any way you think would be helpful. Gavin and I are going to be careful about what comments we screen through, and we'll be very careful to answer any questions that come up to any extent we can. On the other hand, you might want to visit the thread and post replies yourself. We can hold comments up in the queue and contact you about whether or not you think they should be screened through or not, and if so, any comments you'd like us to include. You're also welcome to do a followup guest post, etc. think of RC as a resource that is at your disposal to combat any disinformation put forward by the McIntyres of the world. Just let us know. We'll use our best discretion to make sure the skeptics don’t get to use the RC comments as a megaphone...”

Mann spread his lies about McIntyre by using Andrew Revkin of the New York Times. As recently as September 29, 2009 he wrote, “those such as McIntyre who operate almost entirely outside of this system are not to be trusted.” Jones did it when he defended his refusal to answer FOI’s to the administration at the University of East Anglia. The emails from Revkin are disturbing and reveal unhealthy involvement and lack of journalistic integrity. No wonder he blocked use of the Climategate material in the newspaper when it appeared. It was not journalistic integrity it covered his involvement.

Schmidt notes, “This is a strictly volunteer/spare time/personal capacity project and obviously nothing we say there reflects any kind of 'official' position.” What hypocrisy. This is the game James Hansen and others play. He is Director of the NASA’s Goddard Institute of Space Studies (GISS) [Hansen has since retired from GISS -Ed]when it suits and a private citizen when it suits. It’s a duplicity that underlines the politics of their activities.

Wikipedia – A Falsified Resource For Students and Media

The most insidious activity included controlling climate information through Wikipedia. When I ask students how many use Wikipedia for their research all hands go up. I know most media rely on it. Most have no idea how the material is entered or edited.

William Connolley knew and exploited the opportunity. A participant in computer modeling he was as nasty as Mann and Schmidt. His activities are shocking. He established himself as an editor at Wikipedia and with a cadre (I use the term deliberately) of supporters he controlled all entries relating to climate, climate change and the people involved. This included putting up false material about skeptics. They constantly monitored the entries and if you tried to correct anything it was rapidly returned to the original false information. With so many people they could easily circumvent the limit on number of edits per person. Connolley as a designated editor had even more latitude. Here is just a brief example of his recent work.

Some are still denying the extent and impact of what the CRU and their supporters did. Others have correctly drawn parallels with the Big Lie. It is almost too big to believe. Others incorrectly say it wasn’t planned. It was! They knew exactly what they were doing because if they were dealing with the truth they wouldn’t need a Goon Squad. 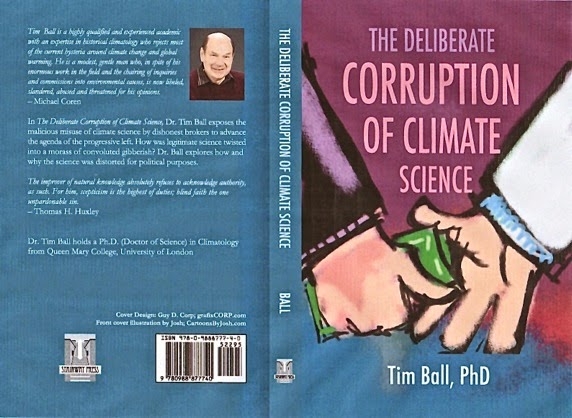