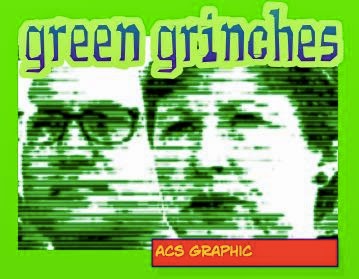 Christine Milne: "Coal is bad for humanity...." (link)
Adam Bandt: "“It seems that the Government refuses to accept that coal causes climate change ...."

These people are barking mad. To misquote Milne: "The Greens are bad for humanity." They hate people. Coal has help raise living standards in the developed world.


Coal wants to provide cheap coal-fired electricity to raise standards of living in developing nations like India where the grid misses much of the rural interior.  (link)

But the grizzling Green Grinches want to prevent the third world from raising their living standards. The Manhattan Institute have released their