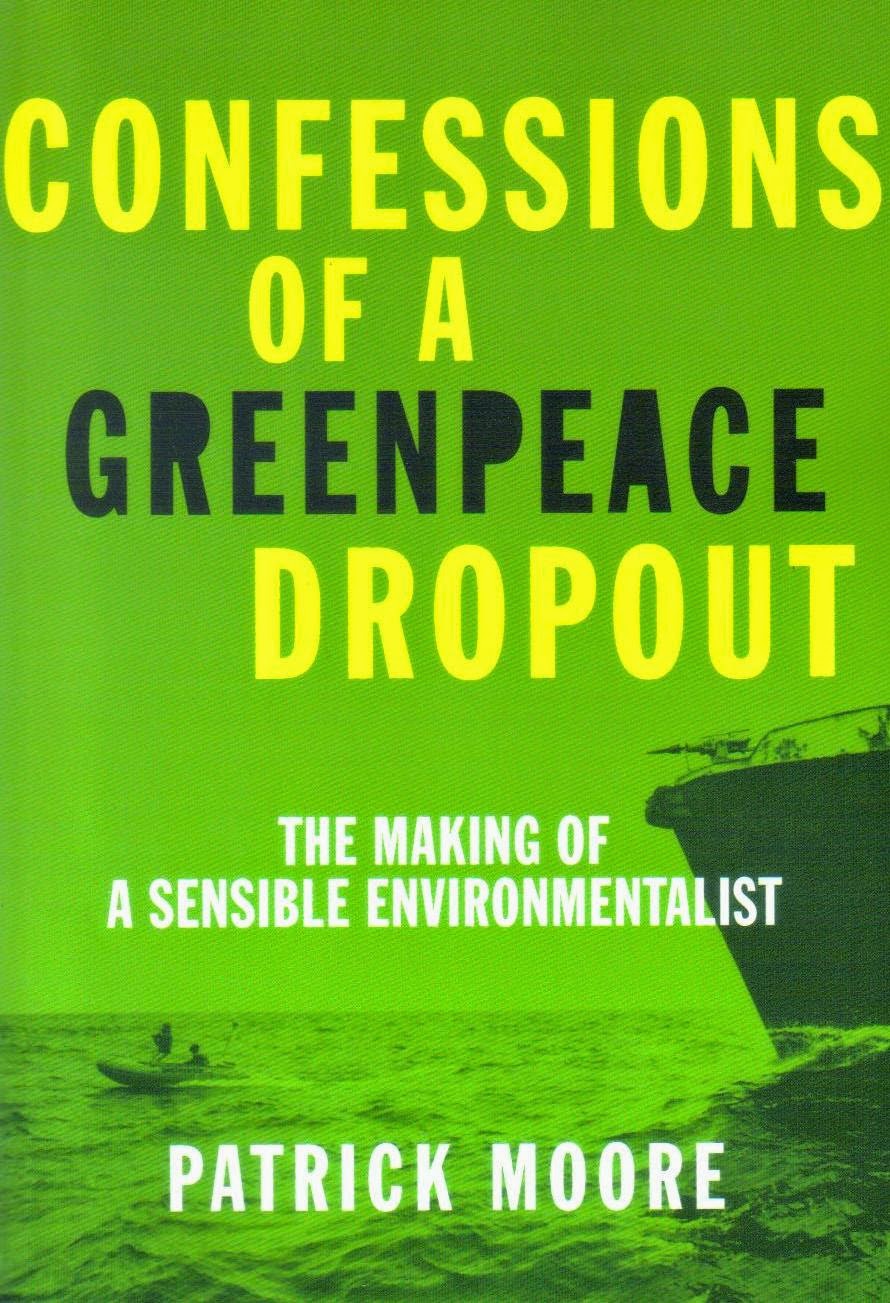 Dr. Patrick Moore has been a leader in the international environmental field for over 40 years. He is a co-founder of Greenpeace and served for nine years as President of Greenpeace Canada and seven years as a Director of Greenpeace International. The leader of many Greenpeace campaigns (e.g. “Save the Whales”, seal hunting), he was a member of the Rainbow Warrior crew when the anti-nuclear testing ship was bombed in Auckland Harbour.  Dr. Moore was a driving force shaping policy and direction while Greenpeace became the world's largest environmental activist organization.

He left Greenpeace in 1986 because of his concern at the anti-science and extreme political policies it was adopting; nevertheless, he remains passionately concerned about the environment and describes himself as a “sensible environmentalist”. This, of course makes him a most controversial figure as the current Greenpeace policies are not aligned with his “sensible” view.  He is visiting Australia to explain why his view of catastrophic global warming differs from that of the extreme green movement.

Patrick Moore is an engaging, articulate and intelligent speaker. His story should be of great interest, particularly now that authorities such as the Bureau of Meteorology are being publicly questioned about their handling of temperature records.

In this Youtube Video, Patrick Moore can be seen giving a presentation at the International Conference on Climate Change in July 2014:

Upstairs at the Astor Theatre

HOBART
3 Nov.   TO BE ADVISED.
Please register your interest in the Hobart event with Garth Paltridge (paltridge@iinet.net.au)

NOOSA
Nov. 6th 5 for 5:30, TheJ, 60 Noosa Dr, Noosa Heads
To book for this event, just click on:
http://sa2.seatadvisor.com/sabo/servlets/EventSearch?presenter=AUNOOSHI&event=mse0611   a $20 donation will buy a ticket.

Event enquiries should be directed to Paul Evans at: galileomovement@gmail.com


Media enquiries should be directed to  Case Smit: case.smit@gmail.com .
Posted by Geoff on October 12, 2014 No comments:

Carbon Price is a tax, Bill, as PM Gillard admitted 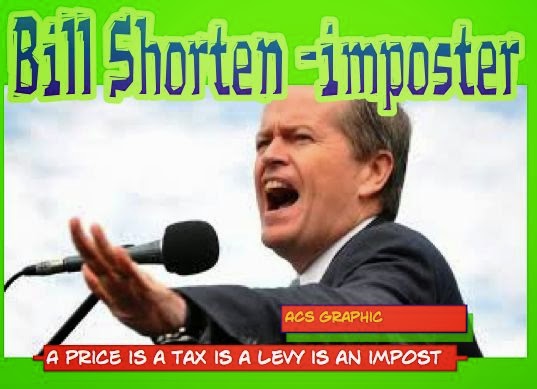 Here we go again! Everything old is new again.


Julia Gillard, to win power at an election, made her claim that there would be no carbon tax under a government that she led. It haunted her period as PM and eventually she admitted that her carbon price was in effect a carbon tax.

JULIA Gillard has dismissed as "semantics" suggestions she has broken an election-eve promise ruling out a carbon tax, while admitting her carbon-pricing plan is "effectively like a tax".

Confronting her critics today, the Prime Minister conceded prices would rise under her plan to tackle climate change.

“It means things that are generated with more carbon pollution will be more costly,” she said.

Now, we have Opposition Leader Shorten trying to shore up his election prospects virtually making the same claim: (link)


"Labor doesn't support a carbon tax, but in terms of real and effective action on climate change, I do support a market-based system to set a price and that's where the rest of the world's going," Mr Shorten told Fairfax.

On Saturday he said it was "important we use the market ... to help set a priority in terms of tackling climate change.


Bill Shorten - You are an IMPOSTer!