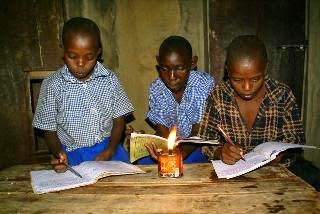 This is not really a story about Ghana's World Cup football fever, but a story of the Third World being deprived of cheap fossil-fuel power.


Think of the electrical appliances in the average modern Western Home: Refrigerator; Microwave; Dish-Washer; Television; Computer; Air-conditioning; Washing Machine; Dryer; Lighting are just a few that come to mind. Look around. Unless you are living in a cave, you should be able to tick off many more.


The number of people without access to energy in sub-Saharan Africa is projected to rise to 90 to 100 million in 2030. Without access to energy service, the poor will be deprived of the most basic of human rights and of economic opportunities to improve their standard of living. People cannot access modern hospital services without electricity, or feel relief from sweltering heat. Food cannot be refrigerated and businesses cannot function. Children cannot go to school in rainforests where lighting is required during the day. The list of deprivation goes on. (link)

"I know I live an energy-intensive lifestyle," he writes. "Americans on average use 13,395 kWh/year (IEA data for 2010), which is nearly three times what the typical South African uses and 100 times the average Nigerian.  But I was still pretty shocked to see how my new single-family fridge compares with an average citizen in the six Power Africa countries." (see graph above)

As has been mentioned by this blog before, the U.S. discourages World Bank funding for electricity-generation projects in Africa that involve fossil fuels. Why deprive developing nations from using cheap effective electrical power?

As can be seen from the graph above, Ghana uses less power per person that the latest "super-energy efficient refrigerator." 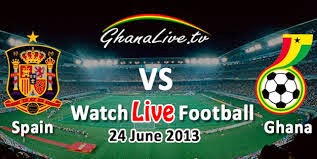 Ghana is rationing electricity to make sure people can watch World Cup.

Ghana has been suffering from a power shortage this year due to low water levels at hydroelectric dams on the Volta River. The nation’s utilities regulator is already rationing electricity by mandating sporadic shutdowns.

To ensure that World Cup viewing won’t be interrupted, Ghana is purchasing 50 megawatts of electricity from its neighbor, Ivory Coast. Power plants will also be running at maximum capacity, and Volta Aluminum, the nation’s largest smelter and a large drain on electricity, will slow production during the match.
“These plans are put in place for consumers to watch uninterruptible football matches during the World Cup,” the Public Utilities Regulatory Commission said.

Ghana derives most of its electricity from the Volta River, but that source has not generated enough to keep up with economic growth. Outages are common. Solar and wind power investments, though supported by the government, have yet to make a significant contribution to the nation’s energy supply. And attempts to exploit recent discoveries of natural gas reserves are beset by delays in constructing refineries.