The silliness of Mann's playing with "logs." 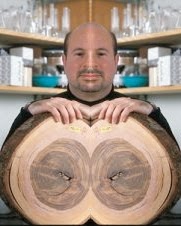 As my old mate "moose" used to say,


'Fair dinkum, mate. you couldn't have got that silly playing with one "log," you must have two.'

And speaking of More Bloody Heat, here's the

Was Michael playing with his "two logs" when he came up with his half-dozen listed below?

1. Climate Scientists are the Real Skeptics

Yep! They are also the independent scientists not scared of losing their grants. Some say they are sorry old men...but what about a lifetime of experience?  What about a lifetime of knowledge? What about a (retirement) freedom to at last speak out against the grant-based alarmist science? Eg: Judith Curry; Bob Carter; Bill Kininmonth; Garth Paltridge; Don Easterbrook; add your own list.....

2. The Science of Climate Change is Based on Many Sources of Data and Many Different Methodologies

The independent scientists use real world data whereas the alarmist scientists rely mainly on Global Climate Models (GCMs) which have been shown to be unable to  forecast real world events.

3. The Models Have Proven Accurate....

He didn't finish this sentence -  The Models Have Proven Accurate distorters of real world data.

4. If Anything, Global Warming is Probably Worse Than Scientists Say

Yep! The Alarmists say CO2 causes warming; but that is not true. What could be worse than that for the alarmists' position?

6. Climatologists are Beginning to Recognize That They Have to Speak Up

Unfortunately, when the Climatologists speak up, they lose their fellowship. There are many examples, this is just the latest. When they do speak up they lose their tenure.

WHY are the Alarmists running scared?