Tale of two Editors; One with Spine 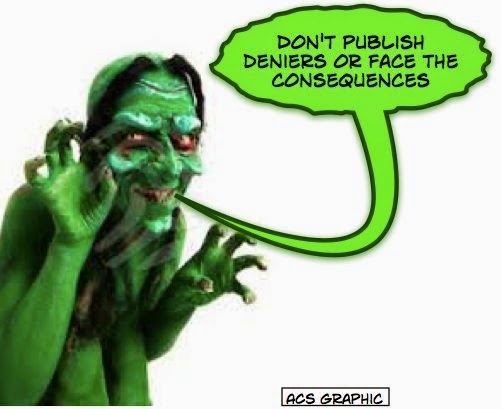 
But the fact is it doesn’t matter who you are, if you are a sceptic you will be attacked by alarmists. They will censor you, abuse you, nit pick your arguments and avoid any concession or acknowledgment of a problem with AGW. I have seen the best climate scientists in the world be abused and criticised for merely being sceptical; people like Richard Lindzen, Roy Spencer, John Christy, the Pielkes, junior and senior, Judith Curry, Bob Carter, Ian Plimer, Stuart Franks and so on have all been subject to approbrium for their scepticism.

The difference is how editors treat the attacks from the Green Monsters. Some are cowed by them and give in; others show more spine and let both sides have a fair go.

Tom Harris is the Executive Director of the International Climate Science Coalition. Tom wrote an opinion piece for The Providence Journal (the major newspaper in Rhode Island) under the heading Noble Lies are Damaging Environmentalism which concluded:


Yet because of the obsession with climate, billions of dollars that could be spent on energy research and real pollution abatement are wasted on useless and potentially dangerous projects such as pumping carbon dioxide underground and the widespread deployment of unsustainable technologies like wind power. This impoverishes society, making us less able to afford activities we need to enhance energy security and protect the health of our citizens and the environment.

The idea that we control the climate of planet Earth will eventually be widely regarded as a costly mistake. Experts who knew this but promoted the deception for what they considered good reasons will be disgraced. Then no one will believe scientists when they warn us of real wolves at our doors.


Shame on The Journal for printing the May 3 Commentary piece “‘Noble Lies’ are damaging environmentalism.” The lies are Harris’, a professional climate denier, who is part of the billion-dollar fossil fuel denial operation, modeled directly on big tobacco’s denial that smoking causes lung cancer.

However, the lies were from Kuntz.


People told me this was libel (e.g., https://twitter.com/AmyRidenour/status/465566580043448321) and that I should take legal action against the paper. So, I contacted the editor and mentioned this to him and asked for permission to write another opinion piece about how such attacks are poisoning the climate debate. He agreed. 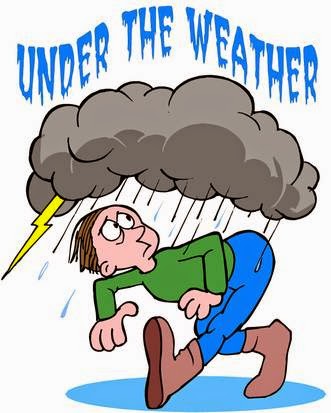 Tom's next opinion piece appeared May 21st entitled: Get real about climate change.


We hear it over and over, “Climate change is real. Only industry-funded ‘deniers’ disagree.”

No scientist denies that climate changes. Geology professor Tim Patterson of Carleton University explains, “Climate is and always has been variable. The only constant about climate is change; it changes continually.” Scientists like Patterson deny that they deny climate change — they are climate denial deniers.

If anyone could rationally be labeled climate change deniers, it is those who hold the absurd view that our climate was relatively tranquil until the arrival of humans. They seem to not know that half of North America was under a vast ice sheet only 22,000 years ago. And, as Patterson has written, “Ten thousand years ago . . . temperatures rose as much as 6 degrees C in a decade — 100 times faster than the past century’s 0.6 degrees C warming.”

The “deniers” label is an attempt to equate those who question political correctness on climate to Holocaust deniers. It is designed to frighten dissenters into silence.

Lovely people these Global Warming Nazis, trying to frighten dissenters. Why don't they try to prove their case? Where is that one bit of evidence that shows CO2 is a pollutant causing runaway global warming.

Tom points out that one of the most distinguished Climate Scientist, Dr Tim Ball has had death threats and mentions the recent events concerning Swedish Meteorologist Lennart Bengtsson:


Professor Lennart Bengtsson, a leading Swedish climate scientist and research fellow at the University of Reading, is a case in point. After recently defecting from the climate alarmist camp and joining the advisory council of Britain’s Global Warming Policy Foundation (GWPF), a think tank of climate change skeptics, Bengtsson quickly decided to quit the group. In his resignation letter, he explained, “I have been put under such an enormous group pressure in recent days from all over the world that has become virtually unbearable to me. If this is going to continue I will be unable to conduct my normal work and will even start to worry about my health and safety.”

Wullf's letter continues with cynical pap that Tom Countered with:

David M. Wulff demonstrates the logical fallacies — errors in reasoning — that are ruining the climate debate (“Stop publishing opinions that appeal to ill-informed readers,” letter, May 22).

According to Wulff, my article is “cynical pap” that I am “insidiously skilled at dishing out”. He says I employ “facile contempt” and “patently appeal to ill-informed readers.”

His attack is an ad hominem (against the man instead of the idea) logical fallacy often used to try to discredit an advocate.

Next, Wulff employs the straw man fallacy, attacking things he says I said, but, in reality, did not. He asserts that I attribute “to concerned climate scientists” the belief that “climate was relatively tranquil until the arrival of humans.” In fact, I did not identify who holds this view, although I could have cited former Canadian environment minister Stéphane Dion who once made the silly remark that, “Climate change is a new phenomenon, a very worrying one, but a new phenomenon.”

So, the Editor of the Providence Journal has shown some backbones and has not let the Global Warming Nazis frighten him into silence. Unfortunately, that backbone is not shown by others in the media.

The NIPCC report that I referenced in my articles may be seen at www.climatechangereconsidered.org .Tom Harriswww.climatescienceinternational.org