Another Issue of "Carbon Sense” prepared by Viv Forbes
The Carbon Sense Coalition.

The weather at any spot is usually defined by max/min temperatures, humidity, precipitation and wind strength/direction. Weather varies hourly, daily, season-to-season and place-to-place. These weather measurements at any place can be averaged over various time periods.

Climate is defined as the average of thirty years of weather.


Weather statistics can be averaged over larger areas, such as by region, state, continent or the globe. This is a mathematical abstraction, becoming less accurate and less meaningful as the time or area covered increases. A global average annual temperature which (after debatable adjustments) includes winter in the Antarctic and summer in the Sahara is irrelevant. No one lives in the global average temperature.

Weather and climate have been so politicised that most commentaries are now merely propaganda.

In the Brave New World of global warming alarmists, a long frigid winter is “just weather”, but one stinking hot summer day is “clear evidence of dangerous man-made climate change”.

And despite an un-predicted 17 years of stable global temperature trends, their prophets still chant their doleful dirge: “Unless we have a carbon tax, extreme weather disasters are coming your way soon”.

Complex computer models are continually being used to generate incessant alarms about the future for our environment and resources – climate, weather, minerals, oil, food, water, pollution and the oceans.

Every year the computers get more expensive, and the models more complex but their doomsday forecasts still fail.

Models are simple in principle. They have a formula linking two or more variables, such as rainfall in a catchment area and the water level in a dam. The model can tell us that 200mm of rain will fill the dam. But a few failed forecasts will result in a more complex model that tries to take account of obvious complicating factors such as ground cover in the catchment area and the rate of precipitation. Then more rainfall recording stations will be needed, and more complicating factors will be identified . . . needing a bigger computer.

Imagine the complexity of a mathematical model designed to forecast something as simple as next Wednesday’s weather in Brisbane, Birmingham or Boston.

The British Met Office owns Britain's most powerful super computer. It can make 1,000 billion calculations every second while consuming more electricity than a small town. The Met claimed that it “will enable the Met Office to deliver more accurate forecasts, from hours to a century ahead”. Some 400 climate high priests attend this electronic monster. But it has totally failed to forecast several frigid European winters because the model makers believe their own story and have programmed the models with a global warming bias. They assume without proof or evidence that carbon dioxide controls global temperature.

The global models of IPCC climateers also have a warming bias and have failed spectacularly to date - their global temperature predictions have been wrong for 17 years straight.
When do they give up? 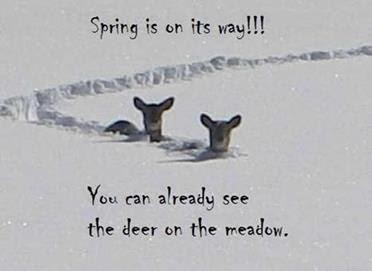 The atmosphere and the oceans are far more complex than the currency markets.

And yet there are still “experts” claiming that if they had bigger computers they could forecast global climate for a century ahead!

If the assumptions in the models remain wrong, then more powerful computers will just produce wrong answers faster.

Doing the same thing, and expecting a different result, is proof of climate modelling madness.

Al Gore: Entire north polar ice cap will be gone in 2013 (and many other forecasts of doom):
http://anhonestclimatedebate.wordpress.com/predictions/

James Lovelock, BBC: “I don’t think anybody really knows what’s happening. They just guess. And a whole group of them meet together and encourage each other’s guesses.”:
http://www.thegwpf.org/james-lovelock-nobody-really-knows-whats-happening-with-climate-change-theyre-just-guessing/

One hopes the Coalition are capable of recognising when they have a gift horse in the Senate.

Clive Palmer has said he will support their policy of throwing out the carbon tax on condition that Greg Hunt’s ‘Direct Action’ policy is also sacked. This course of action would lower energy costs and also encourage economic growth in this country.

The Government should have the good sense and courage to do nothing about so-called catastrophic climate change.

If we can adapt to having Clive in Parliament, then surely we can adapt to anything Mother Nature has in store for us, without all this need for outlandish mitigation of the life-giving and non-toxic carbon dioxide.

Correlation shows that Aliens may Cause Global Warming:
http://www.drroyspencer.com/2014/04/do-aliens-cause-global-warming-the-data-say-yes/

The Carbon Sense Coalition has urged the federal government to reduce the deficit by attacking the real cause – overspending.

The Chairman of the Carbon Sense Coalition, Mr Viv Forbes, said that the federal razor gang should look first at the empire of academics, lawyers, accountants, bankers, speculators and green energy mendicants feeding on the endless flow of tax payer funds supporting the global warming industry.

The sun sets every day on subsidised solar panels but it never sets on the subsidies, grants, mandates, salaries and travel expenses that created the green energy/climate change empire.

The world wastes a billion dollars a day in trying to maintain the myth that man-made carbon dioxide is causing dangerous global warming. The EU wastes at least 20% of its budget and no one knows how much Australia spends via Federal, State and Local governments, Universities, CSIRO and BOM on climate red herrings, and related stuff like Agenda 21.

Of all the things people need to worry about, man-made global warming and attempts to limit or reduce the content of carbon dioxide in the atmosphere must come dead last.

Not one net payer of tax will be disadvantaged if all spending on the endless round of national and international climate conferences is slashed.

Not one pensioner will be hurt if we eliminate all costs of collecting, regulating, complying with and re-cycling carbon taxes and subsidies.

Not one unsubsidised electricity consumer will suffer if all public spending ceases on costly schemes to capture and bury carbon dioxide or on subsidising feel-good green energy schemes which can never produce reliable continuous grid power.

And real research will benefit when we stop supporting a bloated research bureaucracy searching desperately for evidence to support climate alarmism.

“Cut Climatism Costs” should be the top priority on all government budgets.

The only “victims” will be those in the climate industry receiving unearned benefits.

EU spending at least 20% of its budget on Climate:
http://ec.europa.eu/clima/policies/finance/budget/index_en.htm


New Book from Ian Plimer: “Not for Greens”

“He who sups with the Devil should have a long spoon”.

Greens may have started as genuine environmentalists. Much of the green movement has now morphed into an unelected extremist political pressure group accountable to no one. Greens create problems, many of which are concocted, and provide no solutions because of a lack of basic knowledge. This book examines green policies in the light of established knowledge and shows that they are unrealistic.:

Renewables are NOT for the birds. 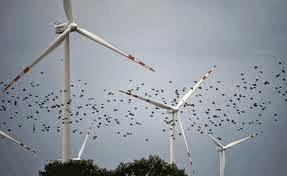 By now most readers are aware that those ugly wind turbines are bird killers. Reports such as "thousands of birds paying a high price for green energy" and "bird enthusiasts to sue Feds for allowing wind turbines to kill birds" appear frequently in the press. Although the Alarmists, like the deniers that they are, have tried to suppress or counter these reports, the facts and the corpses are there for all to see.

Now, thanks to the weekly enewsletter "Cooler Heads Digest" via "Master Resource," we learn that "Solar Enters Wind Territory."


“After several studies, the conclusion for why birds are drawn to the searing beams of the solar field goes like this: Insects are attracted to the bright light of the reflecting mirrors, much as moths are lured to a porch light. Small birds — insect eaters such as finches, swallows and warblers — go after the bugs. In turn, predators such as hawks and falcons pursue the smaller birds.

But once the birds enter the focal field of the mirrors, called the “solar flux,” injury or death can occur in a few seconds. The reflected light from the mirrors is 800 to 1,000 degrees Fahrenheit. Either the birds are incinerated in flight; their feathers are singed, causing them to fall to their deaths; or they are too injured to fly and are killed on the ground by predators, according to a report by the National Fish and Wildlife Forensics Laboratory.” 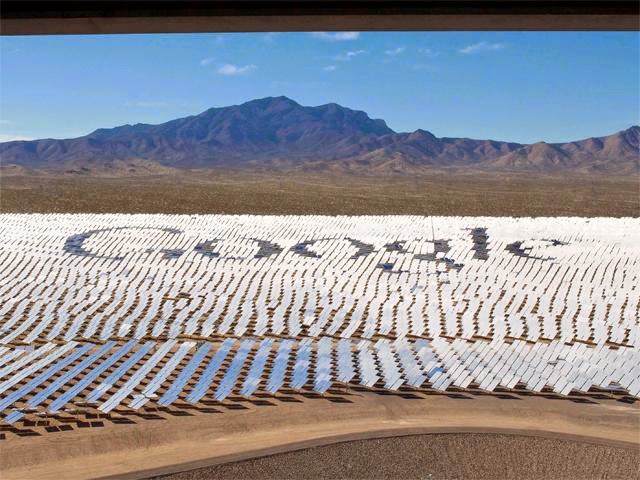 Take 300,000 computer-controlled mirrors, each 7 feet high and 10 feet wide. Control them with computers to focus the Sun’s light to the top of 459-foot towers, where water is turned into steam to power turbines. Bingo: you have the world’s biggest solar power plant, the Ivanpah Solar Electric Generating System.

It has the potential to provide green energy to 140,000 homes, the Ivanpah project has also been heavily criticised for disrupting a thriving habitat for tortoises, coyotes, kit foxes and bobcats.

Where are the Greens who, prima facie are for nature and wild life? 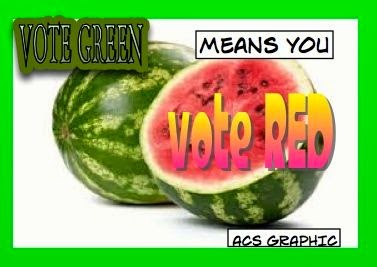 They are too busy pushing the Communist Agenda!