The ABC’s Marxists: It was (almost) ever thus!

The ABC’s Marxists is a title from
an article written in 1983 by ANTHONY MCADAM for Quadrant. 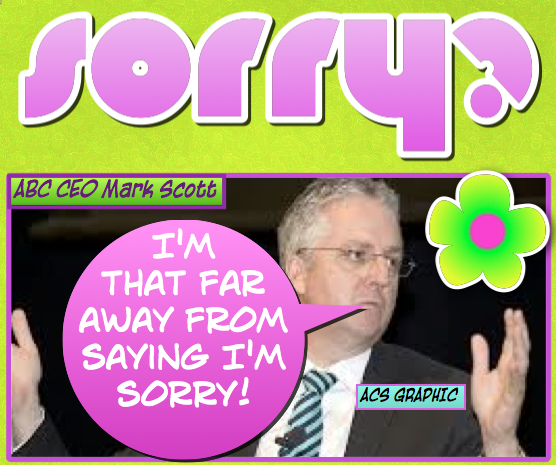 For some fifteen years there has been a gradual expansion of the influence of Marxists and Marxist ideas in the ABC. The source and focus of this influence has been the ABC’s Department of Special Projects (Radio) which is now known as the Department of Radio Talks and Documentaries.

Anthony Noted that the Marxist presence had spread throughout the ABC and was already a major force in many of the key areas of the ABC, including union and management structures. Remember that this was in 1983 not 2014. Anthony noted that this was especially the case in the crucial areas of current affairs, news and talk programs, the very areas of the ABC's primary responsibility.


But let us begin. In order to understand how the Marxist infiltration of our national broadcasting service came about it is necessary to go back in time. The key figure in the whole story is Allan Ashbolt. He is mainly responsible for creating and nurturing what I interpret as the Marxist ethos in so many program-making departments of the ABC, especially in his own department, now known as the Department of Radio Talks and Documentaries.

To read more of this, go to the Quadrant archives THE ABC's Marxists.

Later in this 1983 article McAdam wrote:


What is to be done? The Government has a golden opportunity at the moment to perform the major operation on old Aunty that has been long overdue, that is, if it is prepared to grasp the nettle.

Everything old is new again! AND note the use of "Aunty, " when the old even-handed ABC was....er...well...er....even-handedly referred to as the benign Aunty.

After CEO Mark Scott's support in the media for several biased current matters which ran contrary to the ABC's charter, his support has been followed up by an opinion piece in the Quadrant by former ABC Board member Keith Windshuttle.

When former Chairman of the ABC, Maurice Newman tried to urge ABC reporters to follow their charter, he was rebuked by Christopher Warren, the (then) Federal Secretary of the Media, Entertainment and Arts Alliance, who responded:

Keith Windshuttle in 2005, gave a lecture entitled ‘Vilifying Australia’, where he discussed the phenomenon of staff capture of media organisations by leftists.


Ashbolt was a maverick broadcaster at the ABC, then a largely conservative organisation. Ashbolt managed to find jobs for a small group of Marxists and radicals like himself. In the ensuing thirty years that group, its appointees and values, have captured the organization. Ashbolt’s views have not only survived, they have built a house culture that even the appointment of a board now dominated by conservatives has been unable to displace.


A year later, when the Howard government appointed me (Windshuttle) a director of the ABC, the then-host of Media Watch, Monica Attard, used her platform to challenge this statement. ‘Where is your evidence, Mr Windschuttle?’ she barked at the camera. On Media Watch, of course, there is no right of reply and I was not going to waste time and effort going to the ABC’s ineffectual in-house complaints department.


Commercial TV and radio have independent watchdogs but the ABC examine their own complaints and, from this blogger experience, it's like asking a kebab shop to check if their own meat is tainted.

In 1983, yes, that far back, McAdam asked: "What is to be done?" The Government has a golden opportunity at the moment to perform the major operation on old Aunty.

In 2014, what is to be done? Should it be cut the umbilical cord and let the ABC flounder with the other leftist media like the failing Fairfax flock or the missing Mail-on-Line Mob or the grotesque Guardian group?

Or should a stern supervisor be appointed so that the Government's Golden Opportunity to garotte the group generate great gains for the general good citizens?

Michael McLaren speaks with Keith Windschuttle, editor of Quadrant Magazine, who exposes the historical origins of the ABC’s left-wing bias.