The Science is Settled?

Another Issue of "Carbon Sense” prepared for
The Carbon Sense Coalition by Viv Forbes
and volunteer helpers.


Governments are running huge deficits, but still spend billions on “climate research” especially trying to model the effect of the atmosphere and its trace of carbon dioxide on surface temperature. Benefits are hard to find. It may have improved weather forecasts by a day or so, but official long-term predictions have not improved in the last fifty years. This is because carbon dioxide in the atmosphere is not the main driver of weather or climate. 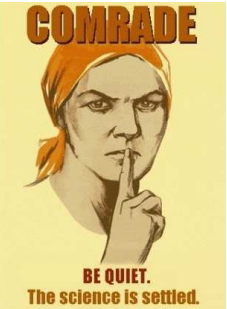 “What is referred to reverently as “climate research” is mainly just grubby advocacy supporting the political war on carbon. Why are we still funding scientists who believe that “the science is settled”? If they believe that they know the answers, what are they are doing with their research funds?”


Around the world there are five official weather data-bases, about 14 weather satellites (some say there are 88 of them!), 73 climate computer models, at least 30 research groups and thousands of academics receiving grants and attending never-ending climate conferences. Much of this torrent of public money is now focussed on trying to torture a climate confession out of one normally un-noticed and totally innocent trace gas in the atmosphere – carbon dioxide.

The major determinants of surface weather are latitude, earth’s rotation, the seasons, the sun with its variable radiations and orbital changes; and nearness to the oceans which maintain the water cycle, moderate temperatures and house massive volcanic chains.

Earth’s mighty oceans cover 70% of the surface. Evaporation of water and convection in the atmosphere transfer large quantities of solar heat from the surface to the stratosphere. This process creates clouds, rain and snow and also forms low pressure zones which are the birthplace for cyclones and hurricanes. Wind direction and strength are related to sun-generated convection in the atmosphere, the transfer of solar heat from the equator to the poles, and the Coriolis effect of the rotation of the earth. Carbon dioxide plays no significant part in these processes.

Oceans also conceal most of the volcanic ring-of-fire and are home to huge numbers of volcanoes, many of which are active. The mighty weather-changing ENSO/El Nino starts with a pool of warm water in the eastern Pacific. Carbon dioxide plays no part in creating such hot-spots, but periodic eruption of undersea volcanoes may do it. We know less about the floor of the oceans and their volcanoes than we do about the surface of Mars.

The community is getting little benefit from much atmospheric research and most climate modelling, and that money should be redirected to more productive areas.

Half of “climate research” money should be spent on improving the ability of public infrastructure to survive natural disasters.

The remaining funds should be spent on real climate research - mapping the floor of the oceans, with particular reference to locating active volcanoes; and investigating how volcanism, solar variations and cycles of the sun, moon, planets and solar system impact long-term weather forecasts and future climate. This work should preferably be done by contracting private operators; and the climate models in public hands should be handed over to practising meteorologists to see if they are useful for short-term weather forecasting.

Where Was Climate Research Before Computer Models?
http://wattsupwiththat.com/2014/10/22/where-was-climate-research-before-computer-models/

Why are there so many climate models:
http://climate.calcommons.org/article/why-so-many-climate-models

The threats we should fear are the periodic violent eras of volcanism and the life-killing ice ages many of which start with massive snow/hail storms such as the one that suddenly extinguished the mammoths. This is why many ancient peoples celebrated the warmth of spring and worshipped the Sun God.

For too long the western world has been misled by alarmist claims that a tiny trace of carbon dioxide gas in the atmosphere will cause catastrophic global warming. 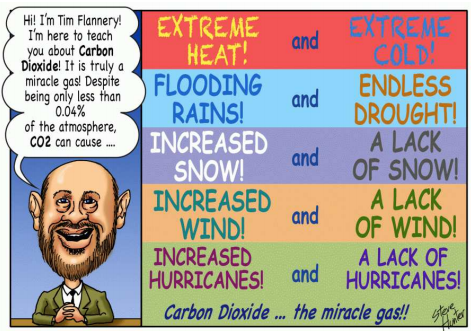 In the continuing drama of natural climate change, global temperatures are the result of far greater forces.  Climate research should focus more on the cycles of the sun and solar system and their effect on global climate and on the periodic eruptions along our vast sub-marine volcanic belts. These control the ebb and flow of ice ages and most of the many extinction events that Earth has suffered.

Most geological eras have ended with massive volcanism on land and in the long volcanic/tectonic rifts beneath the Pacific, Atlantic, Indian and Arctic Oceans. Outpouring of lava under the seas causes ocean warming and increased evaporation while the dust from land-based volcanoes darkens the skies, creating a frigid atmosphere. Warm seas and cold skies cause heavy precipitation of rain, hail and snow. The increased snow cover then reflects any solar energy that gets through the volcanic dust, thus maintaining surface cooling. That is how the life-killing ice sheets grow.

Atmospheric modellers have dominated the climate debate for too long. It is time to ask well-informed geologists about Earth’s ever-changing climate history which is written indelibly in the rocks. Instead of wasting billions on bigger computers for yet more atmospheric models, let’s do some factual research on volcanoes beneath the oceans. Then ask some astro-physicists about the possible influence of solar cycles, sunspots, cosmic rays, cloud formation, earth magnetism, rogue asteroids and movements of the solar system through the galaxy.

To believe that mankind can counter the effects of these powerful natural climate controllers by trading carbon credits and capturing a few sea breezes and sunbeams using green energy toys is, indeed, a sad sign of the modern climate madness.

Largest Volcano on Earth found under the Pacific Ocean:
http://www.foxnews.com/science/2013/09/06/largest-volcano-on-earth-found/?intcmp=related


Let’s Hear How They Will Do It.

In January 2014 OECD Secretary-General, Angel Gurría, called for “a plan to achieve zero net greenhouse emissions globally.” Not to be outdone, Australia has an organisation named “Beyond Zero Emissions”.

Let’s hear how they will do it.

Try getting approval to build a nuclear power station or a new hydro-electric dam in Australia.

Try feeding the people of the world while burning half of the food crops as biofuel.

Try pedalling to the Paris climate-fest on a bicycle. 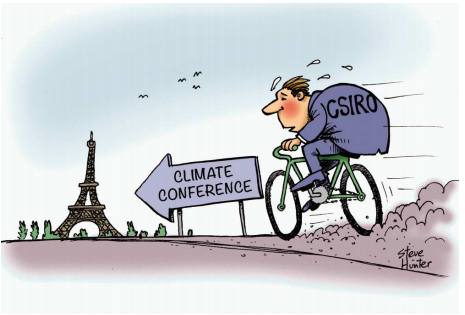 The production of carbon dioxide is a direct measure of economic activity. To forcibly cut it must cause a recession. Russia, Poland, the Czechs, China, India, Brazil, South Africa, Japan and Canada have already recognised this truth.

The level of carbon dioxide in the atmosphere today is well below the optimum level for plant growth.  Human production of carbon dioxide plant food did fall during the Great Depression and added to plant starvation and crop failures in those bleak years.

“Zero Emissions” is another selfish and destructive green slogan which, if pursued, will turn into a nightmare of jobless-ness, poverty and hunger especially for the poorer people of the world.

The Lynching of Carbon Dioxide – the Innocent Source of Life (Includes evidence of the fall in production of carbon dioxide during the Great Depression:
http://carbon-sense.com/wp-content/uploads/2008/05/hertzberg.pdf

If Obama really believed the nonsense he is spouting about a trace gas threatening the future of the Great Barrier Reef, he and his gas-guzzling entourage would have stayed at home. Perhaps we could create a new national dish to commemorate his Brisbane speech and call it Obama Baloney. It would of course be organic (carbon based), as is the two and a half thousand km reef which he is worried may disappear. A low carbon future is the dream of deluded ignorance and the stuff of political chicanery. 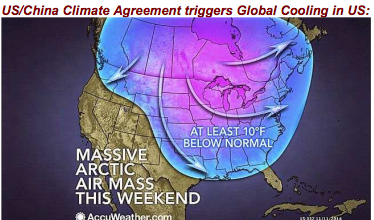 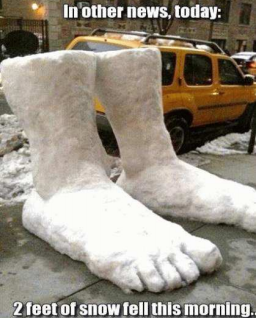 Another Climate Change Ransom Note from the IPCC:
http://nofrakkingconsensus.com/2014/11/17/another-climate-change-ransom-note/

Finally,
A Lone Australian Farmer Fights back against Kyoto Theft. He needs our help: