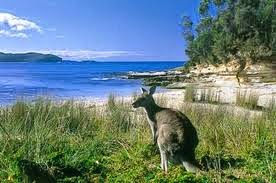 In part the report (pdf HERE) contains this conclusion (P81)

Sea-level rise has been recognised and planned for in NSW for at least the past 25 years. Over time, the legislation, regulations and guidelines applicable to planning for sea-level rise have become more complex. s733 of the Local Government Act, 1993 aims to provide local councils with exemption from liability relating to coastal planning, providing that a genuine attempt is made (in “good faith”) to comply with a relevant gazetted manual. At the present time, that manual is the New South Wales CZMP guidelines (OEH, 2013c). That manual requires that councils should consider sea-level rise, indicating that councils should adopt projections that are “widely accepted by competent scientific opinion”.

The present Environmental Planning and Assessment Act, 1979 requires that the New South Wales Coastal Policy be taken into account. The Coastal Policy indicates that (i) actions should be taken to prevent problems for future generations; and (ii) a “risk-averse” approach should be taken regarding land use planning for sea-level rise.
Our review of the applicable legislation and a range of legal advice made available to us during the course of this study indicates that, to take advantage of the s733 of the Local Government Act, 1993, local councils cannot ignore future sea-level rise. Underpinning our study and its outcomes is the assumption that both Project Partners wish to genuinely attempt to plan for sea- level rise.

Commentary and Analysis on the

The conclusion of the following commentary and analysis is that this report
does not provide reliable guidance to the complicated issues of measuring, forecasting, and responding to sea-level rise.

Coastal management must instead rest upon accurate knowledge of local geological,
meteorological and oceanographical conditions, including, amongst other things, changes in
local relative sea level. For the central and southern New South Wales (NSW) coast of Australia, this requires basing management policies on the range of long-term rates of sea-level rise of 0.63-0.94 mm/yr that have been measured at the nearby Sydney (Fort Denison) tidal gauge. 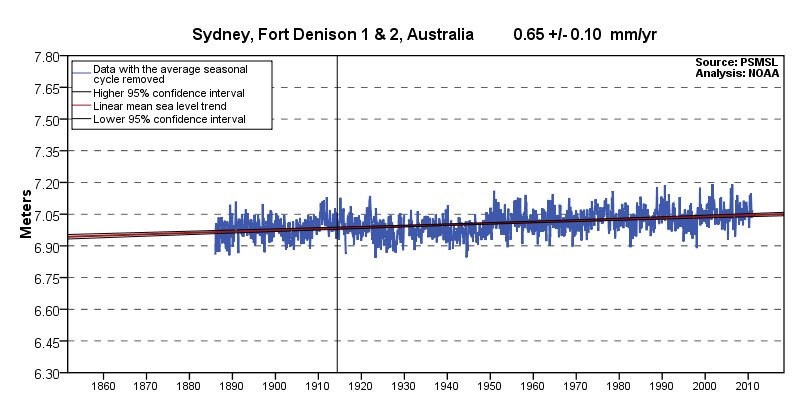 The implied 6.3-9.4 cm of rise in the next hundred years is similar to the rise which occured
during the preceding hundred years. This did not require, nor receive, any policy formulation

over and above the application of historic 20th century coastal planing regulations.