The Enemy is not Islam. 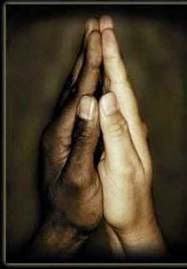 This blog has published a previous article about the myth of the Moderate Muslim. Muslims, it is plain, are clear about their intentions, which are to replace the Western secular society with Sharia, an intolerant theological social and political framework which oppresses every form of non-Muslim, women, gays etc.

In the West criticism of Islam is muted at best with many left-wing/Green or progressive commentators not only endorsing the concept of the Moderate Muslim but actively facilitating Islamic values. Both major political parties often combine to prevent any semblance of offence or hindrance to the introduction of and maintenance of Islamic values.

For instance in Queensland recently both the Coalition and the ALP combined to resist a private member’s Bill which would have allowed officials to demand a burqa wearing woman to remove her covered head so identification could occur.

The Queensland state attorney-general, Jarrod Bleijie, declined to support the bill, saying he believed in “a free and democratic society”.

“This government believes in a multicultural Queensland. This government respects the rights of its citizens and individuals to practise the religion that they so choose,” he said.

This is capitulation of the highest order. A multicultural society can only work if all the divergent cultures accept and support the social framework which enable multiculturalism to exist. Islam does not do this. The Queensland decision is a classic example of tolerating the intolerant and is further evidence that the political class of this country is either stupid or betraying the best interests of their constituency.

This form of support for Islam is to be expected from the progressives and cowardly conservatives which make up the 2 main political parties. It is a surprise however to find such stupidity amongst the rambunctious commentators at Catallaxy, the blog site for Libertarianism.

However in a long debate with self-proclaimed libertarian, Aristogeiton, I discovered the pro-Islam gene can take many forms. Aristogeiton’s position is simply that ‘pure’ libertarian principles means no freedom of any group can be infringed even if they are fundamentalist, Sharia advocating Muslims.

I suggested to Aristogeiton that his form of libertarianism was merely pacifism such that any libertarian cannot infringe the rights of anyone else even if that anyone else is threatening not only the social structure upon which libertarianism is dependent but the life and limb of the said libertarians.

In true progressive style Aristogeiton suggested that my opposition to Islam was merely a form of Die Judenfrage. Die Judenfrage refers to Marx’s solution to the Jewish problem that for Jews to be rid of their pariah status was for them to cease being Jews.

Apart from being a woeful resort to Godwin’s law and a pathetic attempt of equivalence between Islam and the Jews this attitude mistakes the true nature of Islam. Islam is not like other religions or cultures which can and do adapt to the superior Western secular model. Islam seeks to replace the Western model. So it is not about wanting Muslims to stop being Muslims so they can fit into their Western hosts’ society. It is about Islam ceasing trying to tear down and replace their Western hosts’ society.

I also suggested to Aristogeiton his attitude and comments were wrapped in the same sort of condescending exclusivity encountered in the AGW and in fact every other ‘debate’ with the progressive elite; which is to say meaningless since the elite’s argument is entirely centered in ego which is the only and best proof they offer that their position is better than anyone who disagrees with them. Naturally he didn’t agree.

Aristogeiton’s approach ultimately is both a confused and very damaging one. Firstly anyone who disagrees with people like him about Islam is a fascist or at the very least a stranger to libertarian principles.

How much more simple would it be to say it is Islam which has a declared purpose of destroying the Western social structure along with its libertarian elements and only applying security measures against Muslims? To isolate Islam and treat it as the threat it is would preserve libertarianism along with the other ‘cultural elements’ of our ‘multicultural’ society.

But alas like the progressive the libertarian like Aristogeiton values his ego and deluded principles more than his society and cannot even see the first paradox.