Posted by Geoff on April 08, 2014
Parts of the Media are slowly waking up to the hoax of Catastrophic Man-made Global Warming(CAGW); the falsified CAGW hypothesis.

The latest is an editorial in The Daily Inter Lake entitled: (link)

The freedom not to question climate change

...... let’s focus on climate change and the effort by the left to lull you into peaceful acquiescence of a world view that will allow “people smarter than you” to make massive changes in our economy in order to protect you from an impending crisis.


... the “climate change” campaign is even more insidious, dangerous and potentially world-altering. The goal of eliminating fossil fuels would inevitably reduce civilization to a thin veneer of culture over a primitive hunting-gathering society (Think “The Hunger Games”). So with such huge consequences, it would seem a reasonable request to have a debate about the validity of the science which demands such earth-shattering changes from society.

For readers not up on the latest movies, Business Insider talks of the success of the "Hunger Games" series HERE. The Hunger Games Wiki explains:


Following the end of the global disaster that devastated the world, the nation of Panem is founded and segmented into a regent Capitol and thirteen outlying districts over what was formerly the continent of North America. The Capitol rules absolutely and brutally, confiscating all of the districts' supplies and resources in order to support their lavish lifestyle, leaving the district people largely impoverished.

Hence the Daily Inter Lake editorial's likening of the CAGW hoax with it's plan to eliminate cheap fossil fuels to "reduce civilization to a thin veneer of culture over a primitive hunting-gathering society."

The Editorial points out, in their opinion,  that a) Climate is changing and b) we don't know why.


Unfortunately, when science is viewed as a tool not for advancement of knowledge, but for the reform of human behavior, it is useful for certain scientists and their allies to promote the idea of solid-state, settled science in order to nudge people to adopt what they consider to be socially desirable behavior. It’s really not much different from the use of religion in primitive societies to scare people into toeing the line. If you question the “settled science” or “settled religion,” you run the risk of being called, in one case, a “denier,” and in the other case, a heretic.


The Zinger is in the closing paragraph:


They (Weinstein and Trocello) worry enough to threaten to arrest you, or if not you, then the people who you rely on for an alternative viewpoint to the prevailing orthodoxy of climate doom. They worry enough to keep you out of the Los Angeles Times, and no doubt other liberal newspapers. They are worried, or they wouldn’t be trying to scare you with intimidation and insults. 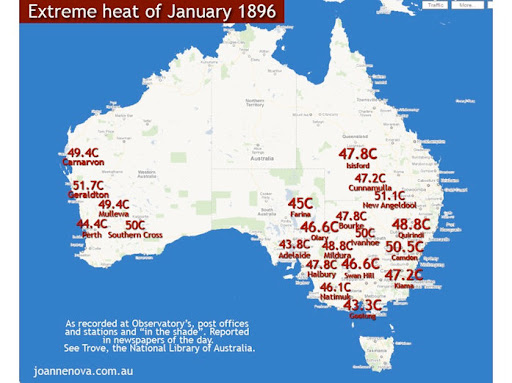