Cold Turkey (Why and how to Repeal the Carbon Tax)

by Viv Forbes and Helpers

Another Issue of "Carbon Sense". www.carbon-sense.com. Please pass on. 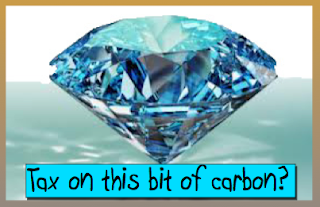 A print friendly pdf of this newsletter can be found at:
http://carbon-sense.com/wp-content/uploads/2013/11/cold-turkey2.pdf

COLD TURKEY
Repealing the Carbon Tax
- the Way Out, is the Way we Got In:
Simply Repeal all of the 25 Clean Energy Bills.

This is the text of a submission by the Carbon Sense Coalition to the Australian Government on the Proposed Repeal of the Carbon Tax.

The Case for Repeal

We support the immediate repeal of the carbon tax. This tax was introduced by stealth, and the justification for its introduction is spurious. It should be repealed or made ineffective immediately.

We are told its purpose is to “reduce carbon pollution” – just three words, each of which is based on a lie.
There has been no attempt at an independent cost benefit analysis to justify the tax.

The costs of the carbon tax are substantial and will increase every year it remains. It will increase the costs of locally produced coal, gas, electricity, cement, steel, timber and everything made using these essential products. If these businesses are exempted or compensated, the tax will be totally ineffective and taxpayers in general will bear the cost of the extra red tape, bureaucracy and churning of funds. If they are not exempted, value-adding businesses such as further processing, fabricating and manufacturing will be forced to close and relocate to more sensible business environments.

There are no proven benefits. In fact, even if the tax was effective in reducing the amount of carbon dioxide in the atmosphere, this result would not be beneficial to life on Earth.

To introduce such a costly tax without even the pretence of an independent public enquiry into the likely costs and benefits will (hopefully) stand for decades as Australia’s worst example of bad public administration.

There has also been no independent enquiry into the science supporting this massive gamble with the job prospects and economic future of Australians. The government has relied totally on local and overseas activists with a radical agenda, or on its own employees and grant recipients, most of whom have bent to the political will and supported the views of their pay-masters. The continual appeal to “consensus” and “authority” is clear evidence that the scientific case is weak.

The conclusion is obvious – this tax must be repealed as soon as possible. Australian voters have twice supported a political platform that promised that there will be no carbon tax under their administration. It is time the people’s opinion was heeded.


The Mechanism of Repeal

The main legislative support for the introduction of the war on carbon in Australia is contained in about 25 separate bills passed quickly and gleefully one day in 2011.

The passage of time has entrenched and emboldened the beneficiaries and triggered the evasive ingenuity of the victims.  Neither should be rewarded or punished any longer.

No new injustice will be created by instantaneous restoration of the situation to that which prevailed on the eve of the introduction of the carbon tax legislation.

To organise repeal by introducing almost as many new bills as are being emasculated is just creating legislative pollution which is sure to provide employment for smart lawyers for years to come. There should be no transitional arrangements – those receiving benefits should see them stopped immediately, and those paying the costs should get immediate and total relief.

The most appropriate repeal bill should say: “The sole purpose of this Carbon Tax Repeal Bill is to totally repeal the following Bills and regulations (and then list them all). The Speaker should then say “Those in Favour. . . Those against. . . I think the ayes have it. Session closed”.

If there is any opposition or delay to the repeal program in Parliament, the government should use its regulatory power and ingenuity to reduce the carbon tax rate to zero. It should also set to zero any penalties for failure to comply with the as-yet un-repealed Bills.


Submitted on behalf of the Carbon Sense Coalition by:
Viv Forbes
Chairman
3 November 2013

A print friendly pdf of this submission can be found at:
http://carbon-sense.com/wp-content/uploads/2013/11/cold-turkey.pdf

Disclosures: The above report was produced by Viv Forbes with assistance from several other members of the Carbon Sense Coalition. No one prompted or paid us to produce it.

Everyone in Australia has a vested interest in this legislation, some winners, and some losers.


Petition.
If you are concerned that federal and state governments are spending billions of taxpayer funds on green climate follies, without due diligence, here is a petition demanding a cost-benefit study be done. Please sign and help it along:
http://www.ipe.net.au/ipeframeset.htm    or  http://tiny.cc/7gad6w

John Howard did many silly things which still haunt us. One of the worst was when his government passed the Mandatory Renewable Energy Targets legislation in 2000, after an off-the-cuff election promise in 1998. This acorn has developed into Australia’s most costly carbon tax. It has permanently saddled our electricity system with a slab of costly intermittent energy, and created a mendicant class of electricity producers and equipment suppliers with a huge vested interest in staying on that gravy train.

Then in a silly promise before the 2007 election, Mr Howard promised, if elected, to introduce an Emissions Trading Tax. But Mr Rudd outdid him, describing the ETS as the answer to the “great moral and economic challenge of our time”. Unfortunately Rudd won the election and unfortunately kept his promise.

Despite these black marks, Mr Howard has seen the light (despite the fact that he says he has only read one sceptical book on global warming policy).

In a speech in UK to the Global Warming Policy Foundation entitled “One Religion is Enough” he said “The high tide of public support for over-zealous action on global warming has passed”.
For his full speech see:
http://www.thegwpf.org/john-howard-religion/


The Many Benefits of CO2

How humanity and the rest of the biosphere will prosper from this amazing trace gas that so many have wrongfully characterized as a dangerous air pollutant.:
http://www.co2science.org/education/book/2011/55benefitspressrelease.php


Keeping a Sense of Perspective on Global Warming.

There is nothing unusual or worrying about the modern warm era (as long as it does not end):
http://www.andysrant.com/2013/10/a-historical-perspective-of-climate-change-from-central-greenland.html


Funds Flow in, in Enormous Dollops.

In the previous issue of Carbon Sense, we advised that our finances were $124 in the red for the month (while Flannery raised $1 million). This is the response from one supporter:

Funds, in enormous dollops, flow in to Viv:– slightly tongue-in-cheek, I just deposited (exactly….) $124 into your account.   Didn’t send a dime to Flannery though.

All that aside, the last several weeks have been a very cheerful period, as we have watched a lot of the nonsense being dismantled by people with a bit of sense.

Other Feedback:
Hello Viv Forbes,
This is a belated reply to your email and to reassure you I appreciate and want to continue receiving information from you – and to let you know I am one of the many others out there trying to do my small bit against this climate alarmism. 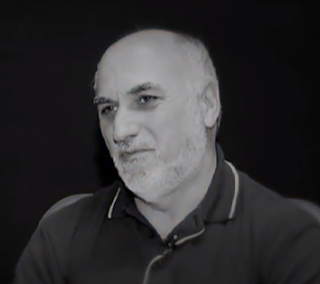 
With the latest IPCC SPM moving the official end of global warming from 16 years to 15 years to hide the fact that global warming had already ended before the 1997 Kyoto protocol was even initiated, the IPCC now exposes itself for fraud in claiming global warming over the past 15 years when now it states that no such warming occurred!

By  Norm Kalmanovitch (From the Minority Report)


The Greenhouse effect is defined as the temperature difference between the surface temperature of a planet and what that temperature would be if it was calculated from Total Solar Irradiance, albedo, and σ, the Stefan Boltzmann constant according to the formula.

If ‘climate change’ was actually an issue of science, before any attribution of observed global warming was made to increased CO2 emissions as Hansen did with his computer model projections, we should first calculate the greenhouse effect according to the formulas provided by Hansen to determine whether it is gases or clouds that is the primary driving agent for the observed warming.

This graph of global temperature Anomaly from NCDC shows 0.4°C of warming since 1980.

The trillion dollar question is whether this 0.4°C of observed warming is simply due to a net decrease in cloud cover or if in fact the IPCC is correct and this has resulted from the 70.9% increase in global CO2 emissions justifying the trillion dollars spent on initiatives dictated by the 1997 Kyoto Protocol on Climate Change.

According to the IPCC since TSI does not show the necessary increase to cause the observed warming; by default the only possible cause is increased atmospheric CO2 concentration resulting from CO2 emissions. This ‘attribution by default’ is the only IPCC rational for anthropogenic global warming but this default does not exist because of the second factor “A” in the greenhouse effect formula for Te presented by Hansen in his 1981 paper.

A portion of the incoming energy is reflected by the Earth’s atmosphere and surface and this is called albedo and represented by “A” in the equation.

TSI/4 minus the portion of the energy that is reflected away is equal to the outgoing energy as demonstrated by this energy balance diagram by Kiehl and Trenberth, 1997).

Figure — Details of Earth’s energy balance (source: Kiehl and Trenberth, 1997). Numbers are in watts per square meter of Earth’s surface, and some may be uncertain by as much as 20%. The greenhouse effect is associated with the absorption and reradiation of energy by atmospheric greenhouse gases and particles, resulting in a downward flux of infrared radiation from the atmosphere to the surface (back radiation) and therefore in a higher surface temperature. Note that the total rate at which energy leaves Earth (107 W/m2 of reflected sunlight plus 235 W/m2 of infrared [long-wave] radiation) is equal to the 342 W/m2 of incident sunlight. Thus Earth is in approximate energy balance in this analysis.

This graph of OLR (from www.climate4you.com ) compiled from data available from NOAA at http://www.esrl.noaa.gov/psd/data/gridded/data.interp_OLR.html shows OLR to have increased from 231W/m2 in 1980 to 233W/m2 in 2010.

We can determine the albedo by simple subtraction of OLR from TSI based on the same energy balance as Kiehl and Trenberth 1997.

When less energy is reflected more energy comes in and the decrease in reflected energy of 2.25W/m2 is more than adequate to account for the 0.4°C of observed global warming between 1980 and 2010 without invoking any effect from CO2; leaving the IPCC “attribution by default” with no validity.
The unequivocal (and inconvenient for Al Gore) truth comes to light when we portray albedo as a decimal as required for the calculation of Te and the greenhouse effect according to the Hansen et al 1981 mathematical formulas.

Norm Kalmanovitch is a geophysicist with over 35 years of experience, and recently retired from Penn West, a Canadian oil and natural gas energy trust based in Calgary, Alberta. Norm is a member of Friends of Science, a Canadian group that plays the important role of conveying to the public the facts (as opposed to the legends) of global warming and climate change.