“They keep saying that sea levels are rising an' all this. It's nowt to do with the icebergs melting, it's because there's too many fish in it. Get rid of some of the fish and the water will drop. Simple. Basic science.”   ― Karl Pilkington

That's a tongue in cheek quote, but here's another from UN IPCC's SPM: 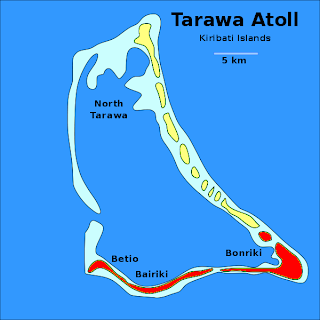 That's a good thing. The alternative is still being stuck in the Little Ice Age. However scientists inform us that the rate of sea level rise is slowing:

Reference   Watson, P.J., 2011. Is there evidence yet of acceleration in mean sea level rise around mainland Australia? Journal of Coastal Research 27, 368-377.

ONE of Australia's foremost experts on the relationship between climate change and sea levels has written a peer-reviewed paper concluding that rises in sea levels are "decelerating".

The analysis, by NSW principal coastal specialist Phil Watson, calls into question one of the key criteria for large-scale inundation around the Australian coast by 2100 -- the assumption of an accelerating rise in sea levels because of climate change.

Based on century-long tide gauge records at Fremantle, Western Australia (from 1897 to present), Auckland Harbour in New Zealand (1903 to present), Fort Denison in Sydney Harbour (1914 to present) and Pilot Station at Newcastle (1925 to present), the analysis finds there was a "consistent trend of weak deceleration" from 1940 to 2000.

Mr Watson's findings, published in the Journal of Coastal Research this year and now attracting broader attention, supports a similar analysis of long-term tide gauges in the US earlier this year.

Two Australian researchers have had a paper published in Sustainability Science 8 july 2013:

Low-lying reef islands on atolls appear to be threatened by impacts of observed and anticipated sea-level rise. This study examines changes in shoreline position on the majority of reef islands on Tarawa Atoll, the capital of Kiribati. It investigates short-term reef-island area and shoreline change over 30 years determined by comparing 1968 and 1998 aerial photography using geographical information systems. Reef islands have substantially increased in size, gaining about 450 ha, driven largely by reclamations on urban South Tarawa, accounting for 360 ha (~80 % of the net change). Widespread erosion and high average accretion rates appear to be related to disjointed reclamations. In rural North Tarawa, most reef islands show stability, with localised changes in areas such as embayments, sand spits and beaches adjacent to, or facing, inter-island channels. Shoreline changes in North Tarawa are largely influenced by natural factors, whereas those in South Tarawa are predominantly affected by human factors and seasonal variability associated with El Niño—Southern Oscillation (ENSO). However, serious concerns are raised for the future of South Tarawa reef islands, as evidence shows that widespread erosion along the ocean and lagoon shorelines is primarily due to human activities and further encroachment onto the active beach will disrupt longshore sediment transport, increasing erosion and susceptibility of the reef islands to anticipated sea-level rise. Appropriate adaptation measures, such as incorporating coastal processes and seasonal variability associated with ENSO when designing coastal structures and developing appropriate management plans, are required, including prohibiting beach mining practices near settlements.

What was learned
First of all, the two Australian researchers determined that the reef islands of Tarawa Atoll "substantially increased in size, gaining about 450 ha, driven largely by reclamations on urban South Tarawa, accounting for 360 ha (~80% of the net change)." And of the 40 islands of North Tarawa, where population is absent or sparse, they report that "25 of the reef islands in this area showed no change at the level of detection, 13 showed net accretion and only two displayed net erosion." In addition, they indicate that "similar reports of reef island area increase have been observed on urban Majuro, in the Marshall Islands, again mainly related to human activity," citing Ford (2012). And they say that "a recent analysis of changes in area of 27 reef islands from several Pacific atolls for periods of 35 or 61 years concluded that they were growing (Webb and Kench, 2010)," likely "as a result of more prolific coral growth and enhanced sediment transport on reef flats when the sea is higher," under which conditions they note that "shorelines will actually experience accretion, thus increasing reef island size (Kinsey and Hopley, 1991)."

What it means
Biribo and Woodroffe conclude that "despite the widely held perception that reef islands around the perimeter of coral atolls are eroding and will disappear as a consequence of sea-level rise resulting from global warming, this study shows that the total area of reef islands on Tarawa Atoll has increased over recent decades," just as it has also done on many other reef islands.