I have written a number of articles about the opportunists and vultures who support man-made global warming [AGW] using the bushfires to support their failed ideology. These bastards are all members of the bushfire bastards club, or BBC.

However there are many other categories of AGW believers out there who are frantically trying to undermine the Abbott government and in particular Abbott as he delivers some refreshing comments about the AGW garbage which thrived under the criminally negligent Rudd/Gillard governments.

People who support AGW will stoop to any level of lie, cant or immorality to support their ideology. They have insulted, vilified and bullied sceptics; they have demanded “deniers” be tattooed, imprisoned and censored; they have subverted the scientific process and railed against the democratic process which prevents their bile from being enacted.

Another such exponent of this deplorable view has surfaced. He is Bernard Keane: 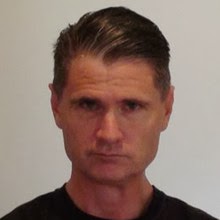 Keane writes for the web rag, Crikey and is obviously pleased with himself. His use of children is contained in his latest rubbish about AGW. Keane says:

In a world governed by Rudds and Abbotts and Hunts, in which a functional carbon pricing scheme will actually be removed and replaced with a nonsensical scheme even the creators of which know is a joke, our youth are entitled to wonder whether, in the absence of genuine political action, they should take some direct action of their own. Action to shut down the loaders and ports that export coal. Action to shut down coal-fired power plants. Actions to shut down the electricity-greedy industries we prop up, like aluminium smelting. Such action will be expensive, and damaging, and inequitable, and dangerous, but in the absence of real policies from political adults, it’s better than a status quo that will punish our youth as future taxpayers and citizens.

Keane has obviously swallowed the lie of AGW holus-bolus. It sits undisturbed in his guts fuelling his moral outrage. It has bypassed his brain completely. The power of his moral conviction compels him to use any vantage to justify his sensibility. He invokes children, the last refuge of the AGW scoundrel and incites them to violence against the society which he imagines has betrayed their future.

This is turgid and rancid; the rant of someone who is bereft of insight and responsibility. The electricity and coal he rails against will provide the social structure which will provide for our children. As with everything else used by the idiots who support AGW the fact that what they want, in Keane’s case the end of cheap power and energy, will create a desolate future for not just our children but humanity is beyond their ken.

What Keane and other dolts like him advocate is truly bizarre. It is also arguably criminal.

3 Printing or publishing writing inciting to crimes
If any person prints or publishes any writing which incites to, urges, aids, or encourages the commission of crimes or the carrying on of any operations for or by the commission of crimes, such person shall be guilty of an offence against this Act, and shall be liable to imprisonment for any term not exceeding six months or to a penalty not exceeding 1 penalty unit.

Arguably Keane has contravened this section and also Section 11.4 of the Criminal Code 1995 (Cth).

So we have had bushfire bastards supporting AGW. And we still have people supporting AGW through children. I think the only appropriate term for those AGW believers who use children to promote their belief is creep.

The only question is why hasn’t Keane been charged?
Posted by Geoff on October 27, 2013 No comments: