Is there no end to the Bushfire Bastards?

I have written before of the hypocritical attempts to blame the current bushfires with man-made global warming [AGW]. These people and organisations which do this are justifiably described as bastards on the basis of Nicola Roxon’s terminology from the sacking of Rudd and his personal characteristics which Roxon grudgingly admitted she shared.

The essential characteristic of the bush-fire bastard is a commitment to the lie of AGW and the shameless use of natural catastrophes to blame AGW and further whatever ideology or power or financial interest that bastard has in AGW.

The queue to be part of the bush-fire bastards’ club keeps growing. A couple of worthy contenders have just raised their hands and either written or spoken the usual cant made famous by Bandt.

The first is Liam Phelan. Liam is an archetypal academic success story who has reinforced his proclivities and beliefs with letters after his name. So much of the ‘discussion’ of AGW is by declaration or proclamation by the believers on the basis of either their superior academic expertise or by numbers, the myth and fundamentally unscientific and disproven consensus.

Phelan’s recent article in the Newcastle Morning Herald exhibits another characteristic of the alarmists; that is the condescending and patronising tone. Phelan’s article reads as though he is talking to errant children who will respond to a soft but stern talking to. But his defence of Bandt is atrocious and his basic point is indefensible. Phelan says this:

There are two key issues in play: the link between climate change and extreme weather events, and how we as a society should respond to that link.

This needs to be stated strongly: bush-fires are not extreme events in Australia and the history of bush-fires shows the worst bush-fires have been in the past despite the terrible tragedy of Black Saturday in 2009 in particular. Andrew Bolt has a brief history of Spring bush-fires, as do the Rural Fire Brigade and arguably Australia’s worst bush-fire is recorded in Summer of 1851, Black Thursday.

What also needs to strongly stated is that extreme weather events are NOT increasing as Phelan claims. The Twentieth Century Reanalysis Project shows this. So does the latest IPCC report, AR5. In its section on extreme weather, SREX, chapter 4, the IPCC says:

Andrew Bolt has a full list if the IPCC’s admissions about the lack of extreme weather, including droughts and heat-waves where the prior IPCC forecasts were not supported by evidence or statistical confidence.

So, what Phelan is doing when he talks about extreme weather is either lying or demonstrating his ignorance. For this Phelan is a natural member of the bush-fire bastard’s club.

The second candidate is another academic; Janet Stanley of the Monash Sustainability Institute. Isn’t that odd, Phelan is also an expert on sustainability, a term which has no meaning. Stanley was being interviewed on the ABC, a previous successful candidate for the bush-fire bastard club.

The primary subject of the interview was to tease out Stanley’s expertise about how to treat young arsonists. Stanley took a generally sympathetic approach to these little bastards. However, Stanley was not satisfied with this and just had to introduce AGW into the conversation:

With a child it might just be an accident, you know, it’s fun to watch a fire. You light it and in the circumstances that we’ve got at the moment with climate change it gets away when it probably wasn’t meant to get away.

For her sterling efforts at introducing AGW into a completely different discussion and also concluding with a pitch for more funding for her research Stanley gets a membership of the bush-fire bastard’s club.

A final point. Fairfax is already a member of the bush-fire bastard’s club through the efforts of its flagship papers, the SMH and the Age. Its Newcastle paper published Phelan’s effort. However the NMH has always been fair-handed and reasonable in publishing my sceptical articles. For that it misses out on being a member of the bush-fire bastard’s club.
Posted by Geoff on October 23, 2013 No comments:

Global Warming SAVED us from the extreme cold of the Little Ice Age.


Abstract
Here we present a Holocene record of glacier variability as documented through physical sediment properties analysed on sediments from the distal glacier-fed Lake Nedre (Nedre = Lower) Sørsendalsvatn (918 m a.s.l.), located 35 km inland from the coast in western Norway. We emphasise comparing different sediment parameters by means of statistical methods as well as integrating chronological uncertainties along with uncertainties of reconstructed glacier variability. A multi-proxy data set consisting of sedimentological, physical, and geochemical data shows one main process, as extracted by means of principal component analysis (88% of the variance explained by the first PC), driving sediment variability in Nedre Sørsendalsvatn. The common signal extracted from the sediment data is indicative of glacial activity in the catchment and is interpreted to vary in concert with the changing glacier equilibrium-line altitude. The reconstruction of former glacier activity is in accordance with glacier variability reconstructed from other sites in western Norway, including the termination of the deglaciation at approximately 10,000 cal yr BP, the 8.2 ka BP (Finse) event, the Holocene thermal optimum between ∼8000 and 5500 cal yr BP, and the onset of the Neoglacial at 5500 cal yr BP. The largest glacial extent during the Neoglacial time period took place during the ‘Little Ice Age’. The combined radiocarbon chronologies from three different sediment cores provide insight into the duration of the “8.2 ka event” in the terrestrial system. The maximum glacier activity at approximately 8.2 cal BP is the culmination of a glacier advance that began around 9 cal BP and accelerated at 8.4 cal BP. The glacier advance ended abruptly at 8.0 cal BP.


What was learned
Bakke et al. report that their reconstruction accords with "glacier variability reconstructed from other sites in western Norway, including the termination of the deglaciation at approximately 10,000 cal yr BP, the 8.2 ka BP (Finse) event, the Holocene thermal optimum between ~8000 and 5500 cal yr BP, and the onset of the Neoglacial at 5500 cal yr BP," while further noting that "the largest glacial extent during the Neoglacial time period took place during the 'Little Ice Age'." They additionally indicate that these several findings are "in accordance with all glacier reconstructions available for western Norway (e.g., Nesje et al., 2001; Nesje, 2009; Vasskog et al., 2012), northern Norway (e.g., Bakke et al., 2010) and ... with glacier fluctuations in Iceland (Geirsdottir et al., 2009) and in the European Alps (e.g. Holzhauser, 2007)."

What it means
These facts clearly demonstrate that the most recent warming of the globe - which brought the earth to its current state of warmth (which is still far less than levels that were reached at earlier times in the Holocene) - began at the very coldest point of the current interglacial. Thus, there is no reason to think it out of the ordinary that the planet would subsequently experience a strong warming, or that the latter portion of that warming would be in any way unusual, unnatural or unprecedented (especially since it actually ceased over a decade and a half ago). In fact, it was no more unnatural than the cooling that had brought the plane's temperature down to that earlier and truly unique cold point in time.

We should be thankful for what 20th-century warming has done for both us and the rest of the biosphere in rescuing us from the extreme cold of the Little Ice Age. (bold added)
Posted by Geoff on October 23, 2013 No comments:

In previous posts I have described Adam Bandt’s egregious comments blaming the bushfires on man-made global warming [AGW] as the act of a bastard based on Nicola Roxon’s criteria and use of the word to describe her former leader Rudd and by implication herself.

Other people jumped on the bastard bandwagon making the same comments that Bandt had made or supporting him with misrepresentations of AGW science, which is probably an oxymoron.

Unfortunately the queue to be a bastard about the bushfires and AGW is long and some more people have made excellent applications to be called bastards along with Bandt.

The first is UN climate chief Christiana Figueres. As the person overseeing the UN’s climate division, the IPCC, Figueres is answerable for the delirious material presented as ‘evidence’ by the IPCC since its first report in 1990. In some respects the latest report, AR5, is returning to a more reasonable approach to the ‘science’ about whether AGW actually exists or not. For instance AR5’s depiction of the Hockeystick has eliminated Mann’s outrageous Hockeystick which Gore and others so shamefully used and replaced it with something resembling the IPCC’s first temperature chart showing a Medieval Warm Period at least as warm as today.

However old habits die hard and Figueres is still pushing AGW alarmism. Her comments about the bushfires in Australia were as complicit as Bandt’s. Figueres says:

"What we have seen are just introductions to the doom and gloom that we could be facing."

This is hysterical junk with no basis in fact. In respect of the bushfires Figueres’ position could not be any more ridiculous. On the one hand she says:

On the other she says:

"The World Meteorological Organisation has not established the direct link between this wildfire and climate change - yet."

So there you have it; for Figueres there may be no evidence but she is “absolutely” certain. In one simple phrase she has increased the level of certainty about AGW being real offered in AR5 at 95%, already an increase from past reports, to 100%. Still with the same lack of evidence.

Her comments about drought are equally absurd and echo Flannery’s pronouncements about endless drought in Australia. The facts completely contradict her. In his paper about the CSIRO’s Drought Exceptional Circumstances Report [DECR] David Stockwell noted how the models of the CSIRO and the BOM about rainfall patterns were completely contradicted by the data: 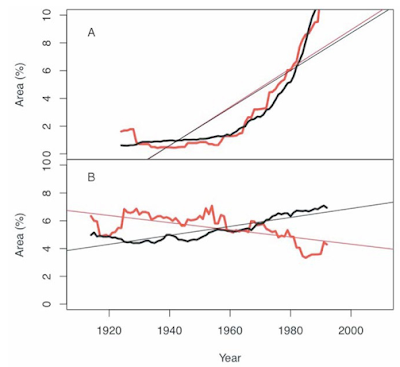 Figure 2 from Stockwell shows in A that the models in black get close to temperature but in B go in the opposite direction to rainfall. The BOM rainfall history shows the reckless disregard for fact by Figueres with the rainfall trend increasing in Australia since 1900.

In his powerpoint at slides 12 and 13 Stockwell explains that rainfall patterns have changed in correlation with land use not CO2 or AGW and that rain has been increasing over all.

As well as the UN the ABC has made a strong application to become a member of the bushfire bastards club. Andrew Bolt notes how the ABC has been promulgating the idea that the current bushfires are “unprecedented” and implying Australia has never had seasonal bushfires like this before. Again, like Figueres the ABC has no regard for fact or history as Bolt lists chapter and verse the regular bushfire history of Australia.


There is nothing more to be said then to acknowledge the UN and ABC’s acceptance into the bastard’s hall of fame.

See also No Frakking Consensus: What Is Christiana Figueres Thinking?
Posted by Geoff on October 23, 2013 No comments: