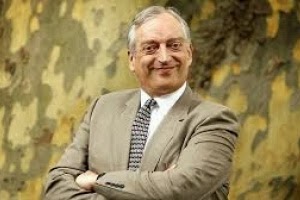 The 2007 IPCC report said that the earth was warming at 0.2ºC per decade, the latest report reduces that figure to 0.12º.

We’re contributing $100 billion a year by 2020 to the UN green climate fund, in the three years to June 30 we  have contributed $600 million! “and the electorate would not have a clue that we were stumping up this money.

Lord Monckton again points out the fraud of the Cook et al paper. Fraudster Peter Gleik is on the board of the journal.

Ross McKittrick pointed out how much theyhave got wrong in the past.

Alan: Carbon dioxide is warming the planet but it won’t be evident in the temperatures, it is hiding somewhere in the bowels of the ocean.

LCM: This is the extraordinary thing. They are saying that it somehow managed to go from the atmosphere into the ocean. Not into the bit of the ocean that touches the atmosphere, no it missed that out and it’s gone down and hidden in the bottom of the ocean where we can’t measure it. And one day it’s going to come out and say boo!

I mean you couldn’t make it up well, yes you could, because that’s exactly what they’ve done.

How can people, whether a trained scientist or just an ordinary member of the planet's population believe this drivel?

AR5 is the 5th IPCC report on climate change. The most noteworthy aspect of this report is that the IPCC is now 95% certain that humans are responsible for climate change. That’s a 50% decrease in uncertainty from the last report which was 90% certain.

Judith Curry has some fun with the process by which the IPCC scientists determine what % of certainty they have about climate change. Straight away a glaring discrepancy is apparent. This is the consensus amongst climate scientists that 97% agree climate change is real.

Does the new 95% certainty level mean that 2% of the consensus have now turned sceptic?

Perhaps it would help in understanding if we returned to basics.

Some climate scientists say that nature doesn’t change the climate because natural variation always comes back to the same spot so I guess what we are talking about is climate change being entirely due to humans. So we can say with 100% certainty that climate change and AGW are the same thing.

That 95% certainty means there is only a 5% chance that nature, or something else, aliens, God, the CIA, is changing the climate.

So, many questions remain and one can be certain, yes, even 100% certain, that the IPCC will be addressing them.

For instance the climate change is measured by temperature. One climate scientist who is 100% certain about the 95% certainty in AR5 is now 100% unemployed former Climate Commission Commissioner, Will Steffan. Will notes that temperature has risen 0.89C between 1901 to 2012.

This is fine depending on which thermometer you use. GISS gives Will’s figure of 0.89. HadCrut3 gives 0.8C and CRUTEM4 gives 1.1C. That’s a range of a third of a degree. Which one is right? 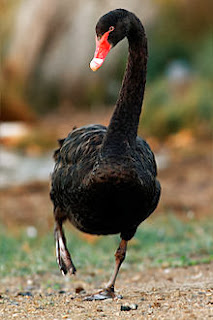 Presumably GISS which means there is a 100% certainty the others are wrong. Who decides? Did they pick a name out of a box; if so that would mean each had a 33% of being right; and even though the 2 losing thermometers are still in the box maybe the climate scientists will give them another chance in the future. Maybe the box is Schrodinger’s box.

What happens to the 5%? Has it still got a shot, is mother-nature still in with a chance? She has if she is a swan. Let’s say climate change is like swans and we’re in the future when the climate scientists are so good they’re now 100% certain at detecting humans’ 100% changing of the climate.

Our theory can be now expressed by saying all swans are black. We send out all our researchers and they bring back all 100 swans and 99 are black and one is white.

Does that prove climate change is proved to 99% certainty or does it mean it has been disproved to 100% certainty?

Who can say? Maybe the swans are chickens and they have simply been plucked.
Posted by Geoff on September 30, 2013 No comments: