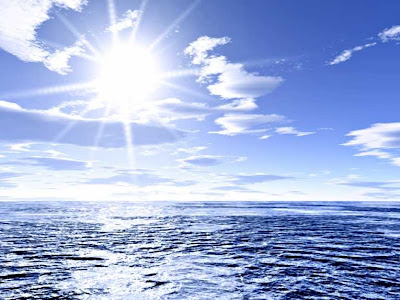 
New York Congressman Jerrold Nadler (D) and forty members of Congress believe the sea levels are rising, that a panel should be created to determine what should be done, and, of course, to throw billions of dollars at a problem that does not exist. Politicians were eager to scare the public with the discredited global warming hoax and now they have found a new one.


In New York City, Mayor Bloomberg has proposed a $20 billion flood barrier system to protect the city from future hurricanes and rising sea levels. Well, hurricanes like tropical storm Sandy are real, but rare. Rising sea levels, however, represent no threat at all.


William Happer who researched ocean physics for the U.S. Air Force and is currently a physics professor at Princeton University notes that “The sea level has been rising since 1800, at the end of the ‘little ice age’”, a cooling cycle last from around 1300 to 1850.
Far from heating up, the Earth entered a new cooling cycle around 1996 or so.

“Predicting a sea level rise of seven feet over the next few thousand years would see too risky a prediction on which to spend tax dollars” and that is surely an understatement. Wasting billions on “climate change”, however, is the new siren call of the Obama administration, but the National Research Council is warning, as Fox News reported, “that those kinds of subsidies are virtually useless at quelling greenhouse gases.”

In fact, as the amount of carbon dioxide, the leading greenhouse gas—alleged to “trap” heat—has risen and has had zero effect on the cooling cycle.


A recent article in the British newspaper, The Register, reported on a study by scientists in Germany, the Netherlands, and the United Kingdom, that was published in “Nature Geoscience” that concluded there was no “scientific consensus” to suggest the rate of the seas’ rise will accelerate dangerously.


The notion of the seas rising, swamping coastal cities, and creating havoc is the stuff of science fiction, not science. This is why spending millions or billions on the assertions of some who have a real stake in keeping the public frightened is a very bad idea.


At the center of the global warming scare campaign is the United Nations Intergovernmental Panel on Climate Change (IPCC). Its most recent report said that “no long-term acceleration of sea level has been identified using 20th-century data alone” but that does not discourage the IPCC from forecasting an increase due to global warming. This organization should be disbanded and, if I were in charge, many of its leaders would be in jail right now for fraud.


Who can you believe? One such person is Dr. Nils-Axel Morner, the former chair of the Paleogeophysics and Geodynamics department at Stockholm University in Sweden. He is the past president (1999-2003) of the International Union for Quaternary Research Commission on Sea Level Changes and Coastal Evolution. He has been studying sea level and its effects on coastal areas for more than 35 years. I cited his credentials because others making predictions lack the same level of authority.


Dr. Morner acknowledges that “sea level was indeed rising from, let us say, 1850 to 1930-40. And that rise had a rate in the order of 1 millimeter per year. (Emphasis added).
Get out your pocket ruler and look at what one millimeter represents. It is small. It is very small. Not surprisingly Dr. Morner is very critical of the IPCC and its headline-grabbing doomsday predictions. He scorns the IPCC’s claim to “know” that facts about sea level rise, noting that real scientists “are searching for the answer” by continuing to collect data “because we are field geologists; they are computer scientists. So all this talk that sea level is rising, this stems from the computer modeling, not from observations. The observations don’t find it!”


A recent paper reviewed by CO2 Science finds that sea levels have risen from 2002-2011 at a rate of only 1.7 millimeters per year over the past 110 years, the equivalent of 6.7 inches per century. This is close to Dr. Morner’s assertion that, at most, there has been a rate of increase that tops out at 1.1 millimeter per year. The review concluded that there is no evidence of any human influence on sea levels.


Even so, in early July a scientist at the NASA Jet Propulsion Laboratory, Josh Willis, told Fox News, that “There is no question that the time to prepare for sea level rise is now…We will definitely see seven feet of sea level rise—the only question is when.” And who funds NASA?


Between the scientists trying to gin up more government money for their agencies and departments and the politicians trying to find a new reason to spend more money, the public is left wondering if the oceans are rising and whether that represents something worth worrying about. The answer is (a) yes, sea levels are rising in infinitesimal amounts and (b) no, we need to stop spending money based on such claims.


It’s not the sea level rise you should worry about. It is the rising levels of national debt and the deficit. (NCTCS emphasis)