The real worry: We may be facing global cooling - Monckton 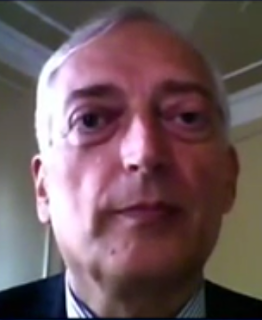 On the Alex Jones Channel, Lord Christopher Monckton is interviewed by David Knight to discuss the ongoing research showing that Global warming is a falsity being pushed across the world for economic means through mediums such as carbon taxes.

Knight mentions Christopher's Eternity puzzle and adds Lord Monckton is a real puzzle solver. Christopher has been listening to the US Senate hearing and points out that there has been no warming for 17 years. He mentions that, in the Cook et al paper the 97% is actually 0.3% (See link)
Sea level has been rising less than 2 inches a century.

He mentions his monthly figures which were published HERE.

He mentions that the sun has had a "hissy fit" and the real worry is that we may be going into global cooling.

Christopher says the US tax supposedly will cut CO2 emissions by 11% over ten years, and the US only contributes 17.5% of all global CO2 emissions. Even if the US tax were to succeed, then less than 2% of global CO2 emissions would be remitted over than 10 year period; that in turn would reduce the Co2 concentration from 422ppmv to 421.5 which would mean that the CO2 radiative forcing would fall by 0.006 w/m2

Arctic Thaw is not scary for Global warming

The recent European report saying the constant release of Methane in the Arctic tundra will cause $65 Trillion of Global Warming damage is complete fantasy.

Over the last 17 years not only have CO2 emissions increased 30 parts per million (10% increase)
but in the same period Methane has increased  33 parts per billion. (2% increase)

With methane supposedly 21 times more potent than CO2 in heating the earth - The climate scare mob believe both gases will quickly overheat the planet.

Unfortunately for them, the global temperature has been flat for the last 17 years, so their hype is running low on real world credibility.

In fact the IPCC will be putting out its 5th report soon and reviewers say IPCC predictions for future temperature increases are going to be slashed rather than increased. Will that reduce the scary $65 Trillion number to something more realistic (like zero)?


Senate Candidate for the NO CARBON TAX Climate Sceptics