CSIR-Oh No! Your victims speak out.

Around a year ago, a team of ex-CSIRO people set up a blog site -


Victims of Bullying, Harassment, and Victimisation in the CSIRO

The intention of this blog site is to provide a point of contact and information for current and former employees of the Commonwealth Scientific and Industrial Research Organisation (CSIRO) who have experienced bullying, harassment, victimisation or other forms of anti-social behaviour as a result of their employment with CSIRO.

A report this week in the Australian gave a hint to the troubles at CSIRO:

Troubled Times As A National Icon Finds Itself Under The Microscope

Midway through last year, a loose alliance of disgruntled CSIRO ex-staff, including some of Australia's most prominent scientists, formed a website called victimsofcsiro.com and began publishing allegations against their former employer.

The obscure blog was a low-key beginning to what has become a full-throated campaign in which some disgruntled scientists claim the independence and therefore credibility of Australia's peak scientific body is threatened by government and now industry interference. They also claim the Commonwealth Scientific and Industrial Research Organisation has largely jettisoned pure science and is a toxic workplace where bullying is rife and outrageous behaviour by some managers has been ignored.

A parliamentary committee examining workplace bullying published the group's submission, which claimed there were 60 cases of top-flight scientists and others who were harassed and frozen out. The list included names such as Maarten Stapper, a soil scientist allegedly pushed out because of his criticism of genetically modified crops, globally recognised oceanographer Trevor McDougall, and award-winning entomologist Sylwester Chyb. The CSIRO, in an awkward position as it is a government agency, could not respond publicly to the allegations. (NCTCS blog emphasis)

The blog lists their complaints. (link) Their top two are:


The second point about free speech includes some startling reports. Under the heading:

A CSIRO spokesman denied there was a gag on its scientists participating in the inquiry, and said the four were, "welcome to make comment as long as they are not representing CSIRO".

All four CSIRO scientists are world leaders in their various areas of climate research. Dr Raupach co-chairs the Global Carbon project, which oversees international research on the global carbon cycle. Dr Church chairs the scientific committee for the Geneva-based World Climate Research Program, Dr Canadell is executive director of the Global Carbon project and Dr Risbey has been involved in global climate research for more than 20 years.

Amazingly, after this, the management of the CSIRO moved to stop scientists' licence to make comment as long as they are not representing CSIRO!"

THE CSIRO has sought to secretly close a loophole that allows scientists to publish research and comment in their private capacity about politically sensitive issues.

Earlier this year, senior scientists used the loophole to give evidence to a Senate inquiry criticising the Rudd government's emissions targets. While the CSIRO has denied it has reviewed or changed its public comment policy, a confidential memo leaked to The Australian reveals the policy has been reviewed at the highest levels.

The kicker in this article:

Dr Raiche talked of the days when the CSIRO was a world class organisation and worked for Australia, Agriculture and Industry.  Skip to 8mins into it for the best bits if you  haven’t got time, where he says:


The original Scientists of the CSIRO were the best of their day and the CSIRO was a non-Government organisation working with quality science and how useful it was to Australia. (research)

In the 80′s, I noticed we were under increasing pressure to become more “Business like” and the doors were opened to “Management Consultation.”
Layer upon layer of management was created, some intersecting others.
You think that your tax dollars went towards research but a lot of it was devoted to letting them play their management games…. the CSIRO was sent to fancy business schools in the US and Europe and they didn’t learn one thing…

Management learned how to bring the most senior climate scientist under their control. It was OK to think independently…as long as Management approved of it.

We were given very strict, VERY strict guidelines on not publishing anything or publicly discussing any research that could be seen as critical to Government policy.If we did not do it, we would be subject to dismissal.

We had now become a Government Enterprise. We were told by the Chairperson that we Scientists no longer worked for Australia, we had to learn that we worked for the CSIRO.

There is much more to learn from the Victims of CSIRO.

Is Man-made Global Warming a Hoax? 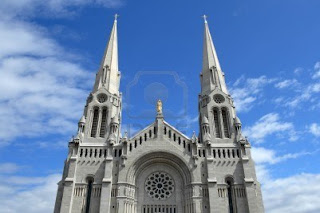 Marshall Connolly of Catholic OnLIne (COL) describes himself as " a global warming believer."

Dr. Mark Hendrickson is a published writer and Adjunct Professor of Economics  and fellow for economic and social policy with The Center for Vision & Values at Grove City College.

In September 20102, Mark wrote an opinion piece for Forbes.com titled  "Climate Change: 'Hoax' Or Crime Of The Century?"


Is the climate changing? Of course. The climate always has changed and always will.
Is the earth getting warmer? We should hope so for at least two reasons: First, the world emerged from the Little Ice Age in the 19th century, so it would be worrisome if it weren’t getting warmer.  Second, all the history indicates that humans thrive more during warmer periods than colder ones.

Are we humans causing the warming by our carbon emissions? Actually, most of the “greenhouse effect” is due to water vapor, which makes one wonder why the EPA hasn’t designated H2O a harmful pollutant that they must regulate.


COL:  Now Mark, what qualifies you to speak as an expert on Global Warming?

HENDRICKSON: I hesitate to describe myself as an expert, inasmuch as that word might best be reserved for climate scientists. I am, however, comfortable with describing myself as knowledgeable about the subject. I have followed it for over 20 years.

HENDRICKSON: If, by global warming, you mean do I think the climate has warmed over the last 100-150 years, the answer is yes. The world emerged from a little ice age in the 19th century. We should be getting warmer now.

Is the theory of man-made global warming a hoax? I think so. Let's say either a hoax or an error. It's a hoax when perpetrated by those who let a political agenda shape science rather than the other way around.

Hendrickson then claims that the Alarmists (my word) have "abandoned their own theory."


For years they tried to convince us that the more CO2 humans injected into the atmosphere, the hotter the world would get. Now, after 15 or so years of no warming, they admit that the world could cool for 40-50 years even as total CO2 emissions continue to increase.

Satellite data showed no statistically significant warming in the last two or three decades. Other scientific data show that the Antarctic ice cap is adding 27,000,000,000 tons of ice per year. I believe that the last two or three winters have seen much more ice in the Arctic that in the years immediately prior to that, but it is an essentially irrelevant point. Arctic ice should be of no concern because the Arctic is an open ocean, and according to Archimedes' principle, the water level will be the same whether it is frozen or in liquid form.

During the medieval warm period, which was warmer than today, coastal areas and supposedly climate sensitive races like Greenland were not being inundated.


COL: My understanding is that there is a strong consensus among climatologists that global warming is real and that it's a threat. You say this isn't so. Tell me about your figures.

HENDRICKSON: Consensus is a political concept, not a scientific concept. Consensus is not truth. The Oregon Institute of Science and Medicine obtained over 30,000 signatures by scientists with advanced degrees urging our government to take no radical actions to combat alleged global warming.