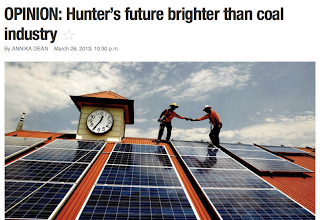 But then the greens were never interested in practical solutions; the reason for that is because their solutions are for imaginary problems.
Posted by Geoff on March 29, 2013 4 comments:

Is the Global Warming Cooling?

Global Warming or Global Cooling; who's serious? Who's fooling? 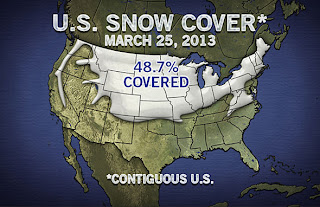 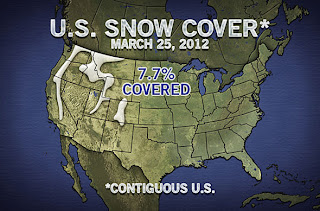 Isn't it interesting that when there is a warm climate event, the alarmists cry out:

However when there is a cool/cold climate event, they are mute.

As an example, take March for the last two years in the USA.

March 2012 was a warmer than usual March and we had reports like:


However when the next March, 2013 (See images above), turned out to be very cold, the alarmists dismissed it as a “weather event.”

Accuweather reported: March Then and Now

Much of the northern United States has a blanket of snow on the ground this March, when compared to practically no snow this time last year.

A series of storms sweeping across the nation from the Northwest to the Northeast and at times dipping into part of the South has delivered near- to above-normal snowfall in many locations this winter and early spring.

Other parts of the Northern Hemisphere have suffered several seasons of snowy shivering:

THE big freeze could ­continue until the middle of next month as the relentless winter brings a crisis for farmers. (link) 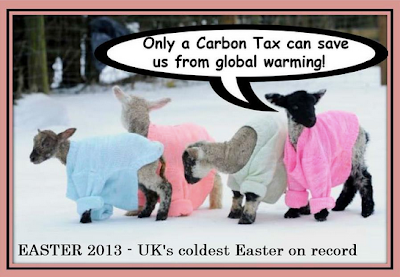 The big freeze shows no sign of letting up in Europe as Venice's famed waterways fell victim to sub zero temperatures this morning.

Water buses were stranded in some of the Italian city's canals after they froze solid in temperatures as low as -10C.

More than 60,000 homes were left without power in Milan and officials declared a gas supply emergency as the cold temperatures saw pipes burst. (Link)

Unseasonably severe cold weather paralysed much of northern France on Wednesday, after tens of thousands of homes were left temporarily without electricity, while roads and public transport services were running at reduced service. (link)


Trieste, March 26 - Schools in the northeastern city of Trieste and surrounding area remained closed and the local authorities invited residents to stay at home on Tuesday as the latest cold snap continued to bite.

It’s the cold, not global warming, that we  (UK) should be worried about (Link)

No one seems upset that in modern Britain, old people are freezing to death as hidden taxes make fuel more expensive. Each year, an official estimate is made of the “excess winter mortality” – that is, the number of people dying of cold-related illnesses. Last winter was relatively mild, and still 24,000 perished. The indications are that this winter, which has dragged on so long and with such brutality, will claim 30,000 lives, making it one of the biggest killers in the country. And still, no one seems upset.

Yet the alarmists still maintain their cry:

March felt a lot like summer. Get used to it: looking ahead, all indications are that future summers could be just like this one, or more extreme.

From the Alarmist Sydney Morning Herald:

Melbourne is set for its hottest March since the record year of 1940 with one last day of temperatures in the mid-30s.

That, of course means that there was a hotter March before the post WWII industrialisation.

From the Alarmist ABC (link)

That means that there was hotter March in 2002. Hasn't the "evil pollutant" (vital-to-life) Carbon Dioxide been constantly rising in that ten year gap? Why wasn't temperature rising in parallel?

After Sydney's hottest March day for 11years, the Weather Bureau last night forecastcooler weather to-day, with clouds and showerslater, mostly fine with west to south winds.
The outlook for to-morrow, the bureau said,was for cooler weather with showers.
Sydney's highest temperature yesterday was100.2 degrees at 3.15 p.m. (32 per cent, humidity).
It was only the sixth March century in the 92years the weather records have been kept.
Sydney's March record is 102.6 degrees-onMarch 3, 1869. 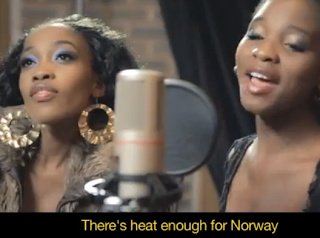 A kind of reverse Bob Geldof