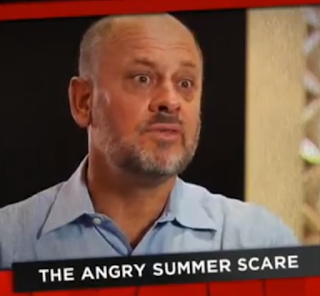 
This used to be known as cooking the books, however, of course, our esteemed climate scientists have detailed justifications for all the changes they have been busily making to all the global historical temperature databases.


Here we have a classic example of the acceptance without serious checking of analyses by “official” scientists who are prepared to use data for their own purposes. It further reduces the credibility of the Gillard government’s policy on climate change. It is also a disgrace that the ABC did not have an alternative view when Flannery was given an extensive interview on 7.30. As Andrew Bolt suggested in his Sunday TV program (below), Flannery and the Commission should cease to have an official role.

This dubious report is now being examined around the world.

In a blog post today, from the US,  Roger Pielke Jr wrote (link)


Today brings another case study in the self-destructive intolerance of the climate movement, and the challenges of expertise in highly politicized debates. Writing at The Conversation, a widely-read commentary site in Australia, Ryan Crompton and John McAneney of Macquarie University provide an update on their database of normalized insured disaster losses for Australia. (Note: I am affiliated with the group headed by McAneney and have collaborated with both.)

The occasion for their update is a recent report by the Australian Climate Commission, a government body put established to advocate for action on climate change. The report -- The Angry Summer -- provides a tabulation of various weather records broken Down Under during the remarkable summer that has just ended.

It has also attracted the attention of Canada's Investigative Journalist, Donna Laframboise with a piece titled Australia misleads the World about the IPCC. (link)

Why Lord Monckton is right!

Why Lord Monckton is right - Letter to the editor.

Dear Sir / Madam,
The widespread late snow in Europe is yet another indicator that the man made global warming scare is over.

Since 1990, we have been told that extra CO2 is going to make the planet warm beyond the normal fluctuations of the past.

If those predictions were correct


But for forty years, we have had droughts, floods, snowstorms and bushfires as per normal.

For thirty years, the total amount of Ice on both poles has not diminished.

For 17 years the global temperature has not increased.

And for ten years the rate of sea level rise has reduced.

We should be celebrating. The "greatest threat to mankind" has flickered out
and the views of hard nosed thinkers like Monckton were right.