On Political Corruption of Climate Science in Australia, 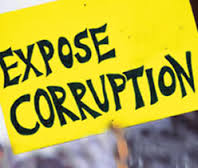 On Political Corruption of Climate Science in Australia

I have been inspired to write this article by Dr Edward Spence’s article “The ‘perfect injustice’: is Australia more corrupt than we think?” published 14thFebruary in “The Conversation”.
Dr Spence is a Senior Research Fellow at the Centre for Applied Philosophy and Public Ethics, Charles Sturt University, and at the 3TU Centre for Ethics and Technology, The Hague, Netherlands. He is one of three authors of “Corruption and Anti-corruption: A Philosophical Approach”, Prentice Hall, 2005.

Much of this article borrows from Dr Spence who wrote “Corruption is pervasive, diverse and present in almost all areas of society.” He does not mention science. I write to draw attention to the double whammy of corruption in politics and in science and to guide readers toward extraordinarily well-researched information on this subject so that they might come to their own conclusions.
To précis Dr Spence, Plato foresaw that we have corruption when power, deception, secrecy and concealment and the abuse of trust converge. Hismyth of Gyges is about corruption: a condition of total deception by which the unjust make themselves appear just and proper. Plato said that corruption isthe “perfect injustice”; appearing to be good and just when you are not.

Australian politicians’ tactics bring Gyges to my mind. He was a simple shepherd who used a magical ring that rendered him invisible to take the place of a king. He used its power to gain authority, a position of trust, and to commit crimes under a cloak of invisibility that served his interest rather than the common good; all the while maintaining an outward pretence of justice and propriety. Gyges did this with total impunity. Is climate science corruption that magical ring or is it a poisoned chalice?

The financial and human costs of corruption are enormous. Reputations aredestroyed and lives turned upside down, by corporate, institutional, and political corruption (and I add scientific corruption). Perfect injustice in the form of corruption brings with it loss of trust that can ruin social cohesion and our democratic way of life.

Society must root out this perfect injustice. Corruption is an unwholesome collusion of power characterised by lack of accountability, abuse of public trustand an exclusive motive for self-gain that overrides the motive for the public good, all perpetrated in secrecy and under the pretence of “public propriety”.

Good, vigilant and ethical journalism exists that can ferret out and expose corruption. We need such journalism more than ever. We also need the inculcation of an ethical culture within all the estates of democracy –government, media, police, religion and sport (and science).

I add that, in “The Prince” Machiavelli says that the ends justify the means when it comes to usurping power.

Malcom Roberts is a mining engineer and management consultant who has devoted the last 5 years of his life to ferretting out and exposing politicalcorruption of climate science. The results of his herculean efforts entitled “CSIROh!” were published on Monday 4th February. I recommend THIS WEBSITE to those wanting to preserve scientific integrity by rooting out political corruption from climate science.

I also encourage those who doubt that climate science has been systematically corrupted for political ends to go to THIS WEBSITE so that they can critique Roberts’ revelations. Indeed Malcolm Roberts encourages this himself yet, two weeks later, no-one has publicly done so.

I was shocked, and amazed, at the extent of political corruption that Roberts has researched and chronicled. His exposé reveals how both sides of Australia’s politics have staked their Environmental Policies for the nextFederal Election on politically corrupted climate science.

The Q&A program on Monday 18th February featured an unholy and unbecoming argument between Tanya Plibersek and Greg Hunt. Malcolm Roberts’ 25 page document crystallises that BOTH argued (fought) on the wrong premise. If you disagree let Malcolm know about the mistakes in his work. And please don’t come back with Greg Hunt’s “You’re entitled to your beliefs while I have my beliefs”. This is an unacceptable response in science.

Most Australians are fed up with political argy-bargy. Australians are generous people. While we want to further our own economic well-being, we especially want to help enhance the living standards of people in countries to which we export our high-intensity, inexpensive energy. How well our law makers allow us to do this after 14th September will depend on what happens in the run up to the Election and the actions then taken by elected politicians.

Returning to Dr Spence’s question, my conclusion is “Regrettably, Australia is indeed more corrupt than we think”. It’s time to clean up the mess in climate science.

As Plato (or perhaps Dr Spence) wrote “ultimately behaving badly is bad for everyone including bad for one’s own self-interest. Being good is its own reward precisely because it pays to think and act ethically.”

Last week sports administrators stood behind The Minister for Sport and The Minister for Justice before a packed media throng while the Ministers declaredtheir determination to clean up corruption in sport.
My conclusion from Malcolm Robert’s work is:

Bring on the day that erring climate scientists’ bosses stand behind The Minister for Science and the Justice Minister before a packed media throngwhile those Ministers declare their determination to clean up corruption of climate science.

After you have read Malcolm Robert’s 25 page report, what might your own conclusions be and those of your friends?
Posted by Geoff on February 20, 2013 No comments: