Talk about a bunch of losers. Climate Hoax Minister Greg Combet decided that, after 2015, Australia would link their carbon dioxide tax to European Market:


Under the full arrangement businesses will be allowed to use carbon units from the Australian emissions trading scheme or the European Union Emissions Trading System for compliance under either system.

Greg (You're so wrong, Greg) Combet says that Australia will link to the European Scheme.

The Australian Minister for Climate Change and Energy Efficiency, the Hon Greg Combet MP, and the European Commissioner for Climate Action, Ms Connie Hedegaard announced today that Australia and Europe will be linking their emissions trading systems. (link)

And the price, Mr You're so Wrong?


Mr Combet repeated he was confident of the Treasury modelling, which predicts a $29 a tonne carbon price in 2015/16.

But, in reality, the price has fallen to around 20% of that: (link)


THE European carbon market, which Australia has agreed to join, has been plunged into crisis with the price falling below E5 ($6.30) a tonne for the first time.

The European price is now less than a quarter of Australia's fixed carbon price and has lost 70 per cent of its value since mid-2011.


Prices in the EU's Emissions Trading Scheme (ETS) on Thursday dropped to 2.81 euros a metric ton (1.1023 ton) after a vote in the European Parliament's energy and industry committee opposing a scheme known as "backloading" to support prices by extracting allowances from the market and reinjecting them later.

That's less than 10% of the Green Gillard Government and Mr Combet's $29 a tonne.

And here's another little bit of info for Mr You're so wrong Combet. The Mafia are involved in the European Reneable Energy Scheme.


“Uncle Vincenzo,” implored the businessman, Angelo Salvatore, using a term of affection for the alleged head of Sicily’s Gimbellina crime family, 79-year-old Vincenzo Funari. According to a transcript of their wiretapped conversation, Salvatore continued, “for the love of our sons, renewable energy is important. . . . it’s a business we can live on.”

The U.K. is the state where voters are more likely to call EU membership bad for their country.

And for quite awhile, Italian prosecutors say, they did. In an unfolding plot that is part “The Sopranos,” part “An Inconvenient Truth,” authorities swept across Sicily last month in the latest wave of sting operations revealing years of deep infiltration into the renewable energy sector by Italy’s rapidly modernizing crime families.


He is an ecologist and working professionally for over 20 years in conservation. From 1990 to 2007 he was with the WWF Austria and coordinated several campaigns against dam construction and destruction of nature. For several years he has led the Stop Ilisu Campaign and the NGO "ECA Watch Austria". He has a daughter and lives in Vienna.


These days, much is spoken and written about the destruction of our planet as a result of climate change. In his evocative film “Climate Crimes”, the Austrian filmmaker Ulrich Eichelmann who was an active member of WWF for 17 years and worked in conservation for decades, now documents that it is rather the reverse: he shows how many ecosystems, species, habitats and the cultural heritage too are threatened – but, as he sums up, “not by climate change, but by climate protection and the things done in its name.” It is predominantly hydropower and bioenergy projects that threaten to destroy precious areas of our planet’s nature.

That current climate policies harm conservation in many ways is nothing new, even if many do not want to admit it. However, no one so far has compiled the evidence as strongly and on a global scale as Eichelmann. His one-hour film, which is shown in several cinemas in Germany these days and also on Austrian television, is the result of two years of work that led his team to Brazil, Turkey, Iraq and to Indonesia, but also to the model country of climate protection, Germany, where crimes against nature are especially evident.  Read more HERE 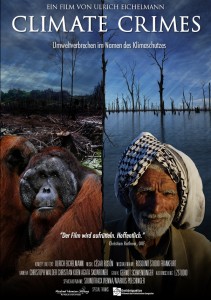 Below, a trailer for Ulrich's Movie (in German) Einige beängstigend Bilder.


If you are one of the skeptics, much of the film probably will be familiar to you. But if you’re a devout environmentalist who has been reading and believing all the climate propaganda put out by “environmental” and “climate protection” groups and institutes, then you may want to have an ambulance ready outside the cinema. It might be really tough to take.

Be sure to bring your environmentalist friends to see this film. Their reaction will be most interesting as it will reveal if they are truly open to the truth. Face it, there’s a huge industrial lobby behind the “green” movement too.

Are Humans responsible for the increase in CO2? 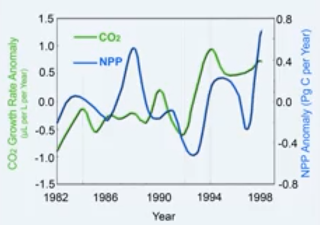 Over a quarter-century ago, Dr. Sherwood Idso stated in a small self-published book that if the airs CO2 content continued to rise, it would enhance plant growth and water use efficiency to the point that semi-arid lands not then suitable for cultivation could be brought into profitable production and that the deserts themselves could blossom as the rose. How is this prediction standing today?
Sherwood's son Craig Idso of CO2 Science:

Support sound science.Tell the world’s radical environmentalists that carbon dioxide is neither a pollutant nor a major source of global warming. 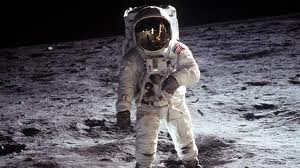 WASHINGTON, Jan. 23, 2013 /PRNewswire-USNewswire/ -- A group of 20 ex-NASA scientists have concluded that the science used to support the man-made climate change hypothesis is not settled and no convincing physical evidence exists to support catastrophic climate change forecasts.
Beginning in February 2012, the group of scientists calling themselves The Right Climate Stuff (TRCS) team received presentations by scientists representing all sides of the climate change debate and embarked on an in-depth review of a number of climate studies.

Employing a disciplined approach of problem identification and root cause analysis honed from decades of dealing with life threatening safety issues in successfully sending astronauts up through Earth's atmosphere and returning them safely home, the TRCS team concluded that no imminent threat exists from man-made CO2.

The team of renowned space scientist include many with Ph.Ds are "dismayed with NASA's increasing advocacy for alarmist man-made climate change theories."  The TRCS team runs three websites:
From CO2 is Green


Why would labeling CO2 as a pollutant be such a catastrophic decision?

Claims that CO2 is a pollutant are a myth and are absolutely false. In fact, lowering levels of carbon dioxide would actually inhibit plant growth and food production. What we see happening in Washington right now is the replacement of politics for science in conversations about CO2.

CO2 is Earth's greatest airborne fertilizer.  Without it - No Life On Earth!

From The Right Climate Stuff


The science is not settled!!