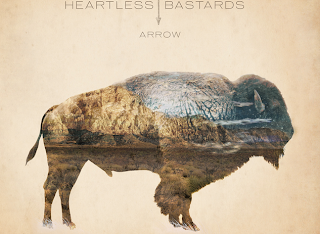 The bushfire bastards club is filling up quickly. A couple of new members and one rejection need to be looked at.

The first successful candidate is Time magazine where Bolt supplies the details. And that is sufficient to welcome the Time into the BBC.

The second candidacy is the NSW education department via the recent statements by Dr Paul Brock. Again Bolt has the details:

In the light of what quite a number of our Principals, teachers, students, parents and everybody else affected by the catastrophic bushfires have been facing – and no doubt will continue to face in coming months - with such courage, commitment and resilience, I found this article in today’s edition of The Conversation very interesting.

It is the first time that I have come across research investigating what fire fighters believe about global warming.  As I assume that this topic would come up in teaching and learning within various KLAs, your teachers may be interested to read it.

Now Paul Brock is an outstanding citizen who has overcome considerable personal obstacles to make a social contribution. But he is also not the first good citizen who has been hoodwinked by the AGW Agitprop. People like Brock who have genuine natures and good will assume others share these qualities. They are ill equipped to see through the scam and lies of AGW particularly the latest Vulturism of the bushfire bastards. In Brock’s case he has been informed by The Conversation.

The Conversation assumes a guise of academic and other credentialed elitism. In fact it is a gangrenous scab on the demented, pus-ridden zombified body of the left-wing media. It is censorious, patronising and nothing more than a plaything for ideologically and ego driven supporters of vanity concepts like AGW. The real salt on the wound to those who wish to have a reasonable discussion about the climate and are prevented from doing so by this outlet is it is publically funded, largely by the ABC, a platinum member of the BBC. The Conversation piece is here. It purports to interview average firefighters so as to present a context of mum and dad’s/ordinary folk support of AGW causing bushfires. But Bolt has done his homework and noted many of those ‘interviewed’ by the Conversation are in fact pro-AGW activists and left-wing unionists.

This is a common state of affairs across many of our institutions, universities, schools and bureaucracies where government appointed leaders of these institutions instigate a particular ideological policy for the institution.

As Chris Dawson has noted these institutional leaders are nothing more than the agents of Gramsci’s long march through the institutions [who] have brought the Hive Mind into the heart or ‘switch points’ of power in our schools, universities, courts, parliaments, bureaucracies and media. These leaders do not represent their employees either amongst the hard-working firefighters or in any of the other institutions; they represent their ideology and their political masters who appointed them.

So Brock has been conned by ideologically driven liars and zealots.

He is not Robinson Crusoe. All of us are, to a varying degree, inoculated by social training to accept authoritative pronouncements from hitherto respected sources. One of those sources has been academics and another scientists. One of the overlooked consequences of the AGW scam will be a severe diminution of respect for these once august sources of information.

Another problem Brock has - is that he works within the NSW education system.

This system has been peddling the AGW scam, often in collusion with the ABC, to thousands of vulnerable children. Who can forget the ABC derived Planetslayer game for kids which was given to the NSW Education Department and is still on the Department’s books even though it has disappeared from the ABC website [thanks to Ben O’Neill for archiving a copy]. This great game divided kids into little Greenies who save the planet by dieting and those who threatened the planet by eating too much.

The game’s solution was for the bad kids to be blown up after they turned into a gross, fat and bad CO2 emitting pig completely different from the cute, cuddly low CO2 emitting Green pig: 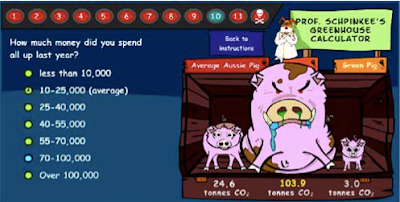 The whole obscene idea is reminiscent of the infamous 10:10 exploding children video which caused so much mirth amongst the deranged sensibilities of the Greens and alarmists.

So, the NSW Education Department gets a membership of the BBC as does the vile The Conversation.

For Paul Brock some advice. Think about your sources of information mate and the idea that AGW is a scam which is undermining the integrity of our scientific and other key institutions.