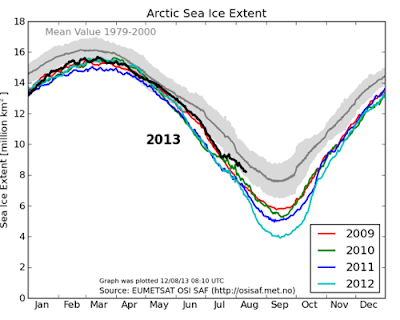 John Ransom, writing for Town Hall.com has a great piece with the heading:


Global Warmers Get it Wrong on Arctic Ice, Haircuts

A reader last night posted an article via Reddit that dug back into the BBC archives from 2007.

It was the journalistic equivalent of a high school yearbook photo of the Global Warming crowd sporting mullets in 1987, complete with high tops and black jeans.

Well, that gets the wrong haircuts out of the way. He then continues, referring back to a BBC report from Wednesday, 12 December 2007 headed

Scientists in the US have presented one of the most dramatic forecasts yet for the disappearance of Arctic sea ice.

Their latest modelling studies indicate northern polar waters could be ice-free in summers within just 5-6 years.


In what today would pass for a punch line of a good joke rather than serious science, the BBS, er, BBC concluded with this high point: “Former US Vice President Al Gore cited Professor Maslowski's analysis on Monday in his acceptance speech at the Nobel Peace Prize ceremony in Oslo.”   (see An Inconvenient Truth Revisited)

“That’s so crazy for this phase of the melting season that I barely have words for it,” the blog says. “It’s unique as far as the record goes.”

And the most recent report:

Largest coverage in over 5 years


The Centre for Ocean and Ice, located in Greenland, has put out the latest data for sea ice coverage in North America.

I post this graph (see above) to show that the Arctic sea ice is not melting at a record pace.In fact, the surface ice area has increased greatly compared with 2008-2012.

The area of latitude 80 degrees to 90 degrees is having a record cold summer. 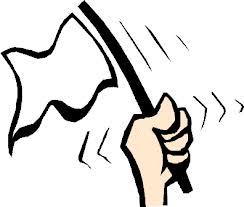 We understand that the Alarmists have reputations to uphold and grants to maintain, but how much more contrary evidence do they need before they come out waving the white flag?


See Also: The Poles are Icing Up - Alarmists take note.