Alarming News for the Alarmists.

Posted by Geoff on January 17, 2013
Early on this blogger's road to enlightenment, I was assisted by GUS. Who is GUS? I hear you say. Well, GUS is not a WHO but a WHAT!  GUS is an acronym for Gården Under Sandet, Danish for farm beneath the sand.

The Archeology in Europe site records the Farm beneath the Sand story.


In 1990 two caribou hunters discovered timbers sticking out of a river bank about 80 km east of Nuuk. This site has now achieved fame as the Gården Under Sandet (farm beneath the sand), or GUS for short.
The sand had been deposited by streams which were fed by meltwater from a nearby glacier and covered the entire site to an average depth of 1.5 m.

In c. 1350 the Little Ice Age caused pollution problems with the river, which was a vital water supply, and the climatic changes had a drastic effect on the production of fodder for the farm animals; changes which eventually resulted in the abandonment of the site.
As the river was gradually eroding the site - this erosion was what had revealed the timbers - it was decided to carry out a total excavation. Between 1991 and 1996 work took place each summer. Walls of the buildings were carefully recorded and then dismantled so that the earlier structures lying beneath could be revealed.

The earliest building on the site is a three-aisled house c. 12 x 5 m in size internally. It has been dated to c. 1000 - 1050. The walls were c. 1.9 m thick and built entirely of blocks of turf. These blocks were laid in courses alternatively laid horizontally and at an angle of 45 degrees, giving a kind of herringbone effect.

In 982, Erik the Red was was banished from Iceland. The Medieval Warm Period lasted from about AD 950 to 1250.  Erik had previously heard of pasture lands in the South Western fjords of the land Erik, in a tribute to the pastures, named Grænland or Greenland. Erik encouraged people to settle there and, around 985-6 he led 25 ships with would be settlers for Greenland.

The onset of the little ice age created hardship.


The summers grew shorter and progressively cooler, limiting the time cattle could be kept outdoors and increasing the need for winter fodder. During the worst years, when rains would have been heaviest, the hay crop would barely have been adequate to see the penned animals through the coldest days. Over the decades the drop in temperature seems to have had an effect on the design of the Greenlanders' houses. Originally conceived as single-roomed structures, they were divided into smaller spaces for warmth, and then into warrens of interconnected chambers, with the cows kept close by so the owners might benefit from the animals' body heat. (Link)


Amongst all the debate, sometimes, just sometimes, messages that run contrary to the global warming scare penetrate even in the most 'green' of countries and in a 'green' media outlet. A story from Spiegel online manages to break one of the great taboos of the global warming scare, when discussing the abandonment of the Viking colony in Greenland. I will quote some excerpts that grabbed my attention:

The descendants of the Vikings had persevered in their North Atlantic outpost for almost 500 years, from the end of the 10th century until the mid-15th century. The Medieval Warm Period had made it possible for settlers from Norway, Iceland and Denmark to live on hundreds of scattered farms along the protected fjords, where they built dozens of churches and even had bishops.

As the research shows, hunger could hardly have driven the ancestors of the Vikings out of their settlements on the edge of the glaciers. The bone analyses prove that, when the warm period came to an end, the Greenlandic farmers and ranchers switched to a seafood-based diet with surprising rapidity. From then on, the settlers focused their efforts on hunting the seals that appeared in large numbers off the coasts of Greenland during their annual migrations.


One can imagine the catastrophic warming advocates spluttering into their coffee as the heresy is absorbed. Medieval warm period? But surely that was long ago banished by Saint Michael Mann? Sadly for the alarmists, it seems that the archaeologists and historians investigating this are simply not on message. 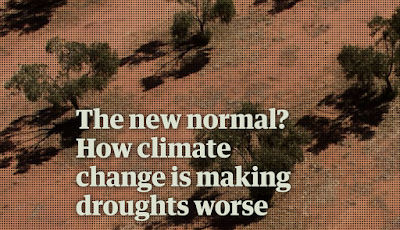