Is the developed world to blame for Climate Change

Following the letter by 134 scientist to Ban Ki-Moon (link) -

“The climate change phenomenon has been caused by the industrialization of the developed world,” said Ban. “It’s only fair and reasonable that the developed world should bear most of the responsibility.” “Climate change is happening much, much faster than one would understand,” he added. “The science has plainly made it clear: it is the human beings’ behaviour which caused climate change, therefore the solution must come from us.” Ban is wrong on all counts.

The United Kingdom’s Met Office announced recently that there has been no overall warming, or cooling, of the planet for 16 years. As the November 29th open letter to the Secretary General from 134 experts “qualified in climate-related matters” explained, “Whether, when and how atmospheric warming will resume is unknown. The science is unclear. Some scientists point out that near-term natural cooling, linked to variations in solar output, is also a distinct possibility.”


At the end of Tom's Ottawa Sun article they are running a poll. Tom requests that we vote in the poll:

They are running a poll asking one question:

"Do you think the developed world is to blame for climate change?"

See after my piece today at the following URL:

Is America Warming? Borenstein thinks so! 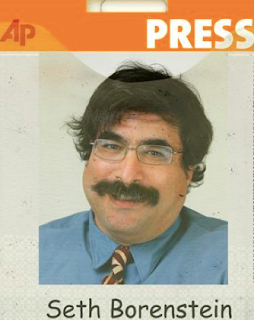 SUBTITLE:     Is the MSM Objective or Activist?

A growing majority of Americans think global warming is occurring, that it will become a serious problem and that the U.S. government should do something about it, a new Associated Press-GfK poll finds.

Even most people who say they don't trust scientists on the environment say temperatures are rising.

The poll found 4 out of every 5 Americans said climate change will be a serious problem for the United States if nothing is done about it. That's up from 73 percent when the same question was asked in 2009.

The Problem is, alarmists like Borenstein fool the people with false information while the truth is concealed.

Borenstein is not alone pushing the alarmist line, down-under we have the press gallery pressing the alarmist buttons. Feature writers (like Michelle Grattan, Laurie Oakes, Phillip Coorey, Mark Riley, David Marr and taxpayer funded ABC radio and television) ignore items that do not fit their chosen position.  Reporters should be sceptics and question any information or press releases they receive. Unfortunately they act as pushers of the falsified AGW hypothesis.


How many will report Joanne Nova's latest offering?

The IPCC was not right. (link)

How many will report the fact that the IPCC's sea level projections have been busted?

How many reported Professor Ole Humlum's recent peer-reviewed paper "Man-made CO2 is not the driver of global warming?"

How many in the Australian media reported the Open Letter to the Secretary-General of the United Nations in which 134 scientists pointed out that current scientific knowledge did not substantiate Ban Ki-Moon's assertions on weather and climate?