The Prime Minister of Australia, The Hon Julia Gillard, on her website (LINK) has:

Prime Minister Gillard leads an accountable and open Government which welcomes your views and feed-back. You can ask the Prime Minister a question, give advice and pass on well-wishes here.

Previously NCTCS blog had a post (LINK) listing some questions that we felt that the PM should answer.

Taking the PM at her word ("accountable and open Government which welcomes your views and feed-back") NCTCS blog has submitted the following: 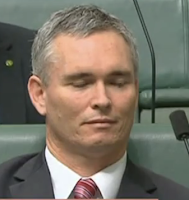 We have had the continuing saga of my local member Craig Thomsom (CT).

The submission was sucessful! (And we provided an e-mail address.)


Your message was successfully submitted.
If you provided a valid email address, a copy of your email will be issued to this address within 24 hours. This email is provided for your records.


NCTCS looks forward to her reply.

And this from godalpus -(see comments - HERE) 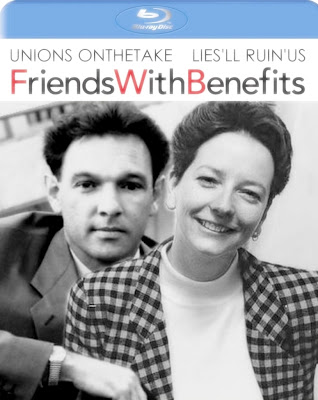 Hirsch et al, after Trenberth (1999) and the IPCC ((2007), expected that the increased CO2 in the atmosphere would lead to an increase in magnitude of floods. In their paper published in Hydrological Sciences Journal 57 (link to abstract) they found

What was learned
The two researchers report that "in none of the four regions defined in this study is there strong statistical evidence for flood magnitudes increasing with increasing GMCO2." In fact, they say that one region, the southwest, showed a statistically significant negative relationship between GMCO2 and flood magnitudes.

What it means
In discussing the meaning of their findings, Hirsch and Ryberg state that "it may be that the greenhouse forcing is not yet sufficiently large to produce changes in flood behavior that rise above the 'noise' in the flood-producing processes." On the other hand, it could mean that the "anticipated hydrological impacts" envisioned by the IPCC and others are simply incorrect.

Flannery and the Climate Commission. 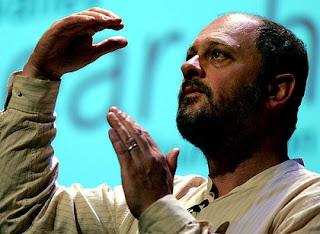 The Climate Commission is an expensive body funded by taxpayers which informs people that man-made global warming [AGW] is real and that many other nations in the world have joined with Australia in solving AGW through implementation of a carbon tax.

The Climate Commission [CC] has released its latest report. The focus of the report is whether other nations are following Australia's lead in tackling AGW, in particular what China is doing.

Tim Flannery is the CC's leading spokesperson. He says this about China:


It's doing hugely well, it's got half the world's installed wind capacity.

This is misleading. Bjorn Lomborg sums up China's position on wind energy and renewable energy generally:


China indeed invests more than any other nation in environmentally friendly energy production: $34 billion in 2009, or twice as much as the United States. Almost all of its investment, however, is spent producing green energy for Western nations that pay heavy subsidies for consumers to use solar panels and wind turbines.

China was responsible for half of the world's production of solar panels in 2010, but only 1 percent was installed there...

In wind power, China both produces and consumes. In 2009, it put up about a third of the world's new wind turbines. But much of this has been for show. A 2008 Citigroup analysis found that about one-third of China's wind power assets were not in use. Many turbines are not connected to the transmission grid. Chinese power companies built wind turbines that they didn't use as the cheapest way of satisfying - on paper - government requirements to boost renewable energy capacity. Consider the bigger picture: 87 percent of the energy produced in China comes from fossil fuels, the vast majority of it from coal, the International Energy Agency found in 2010…

Wind today generates just 0.05 percent of China's energy, and solar is responsible for one-half of one-thousandth of 1 percent.

The difference between Australia and the majority of other nations, including China, the great green hope of AGW advocates, is stark as this graph shows:

Flannery's fellow commissioner, Robert Beale compounds Flannery's erroneous statements by saying that Australia is the "developed" world's largest emitter of carbon dioxide "by quite a way". This is true but neglects to mention that compared to all nations, Australia ranks 11th per capita.

What Beale, an economist, neglects to explain is that Australia's tyranny of distance and unique infrastructure problems, due to the size of the nation and its relative small population, are the major reasons why Australia is ahead of the other developed nations in terms of per capita emissions. For this reason the total emissions are a better reflection of Australia's comparative emissions level; on this basis Australia ranks 17th in the world.

The CC says it is not a political body; this should ensure that it gets its facts right and includes all relevant facts in its reports. However it does not include all relevant information. For instance there is no mention in this report that Australia is the world's largest exporter of coal; or that the exported coal is not subject to a carbon tax with only the approximately 20% of coal mined in Australia which is used for domestic consumption being subject to the world's largest carbon tax.

The report also continues to misrepresent how other nations are faring with renewable energy. Flannery says this about Germany compared with Australia:


Australia is the sunniest country in the world and one of the windiest, we are lucky to have some of the best renewable resources in the world. Action on climate change will help unlock those resources. Yet we are a late starter. Our worst solar resources are equivalent to some of Germany's best. But Germany is a world leader in installed solar while Australia is lagging behind.

This is incorrect about both Australian capacity for harnessing renewable energy and what Germany is doing. In Australia numerous renewable energy projects have failed including Flannery's geothermal project, Geodynamics, many solar projects and the CC has previously misrepresented the success of wind power in South Australia.

In Germany solar companies are going bankrupt and after Fukushima coal and gas power are being reinstated. In promoting the new CC report Flannery has defended his record of predictions. Flannery says this about his critics:

This is egregious; if Flannery did not misrepresent the facts, or ignore them, and report accurately on AGW, its existence and the real merits of the science for and against it, and in particular the manifest failings of renewable energy then there would not be critics of his predictions. This latest report by the CC does not assist his case.
Posted by Geoff on August 22, 2012 No comments:

With July’s monthly creditor accounts now lodged in many businesses, the true impact of the Federal Government’s insidious carbon tax is being calculated for the first time across the red meat supply chain.

Brisbane butcher Luke Stefanetti told yesterday’s Courier Mail  (Link) the impact of the carbon tax had made it more difficult for him to compete with the major supermarket chains.

............. the tax is eating into his hard work. He said the price of wholesale meat had increased, and blamed the new tax as the main cause. The tax was impacting on refrigeration and transport costs, and being at the ‘bottom of the chain’ meant he was being slugged with the increases by his suppliers.

Transport Operator Fraser Transport points out that diesel fuel does not attract the carbon dioxide tax for the first two years, however "At the current rate of $23/t, the carbon tax will cost Fraser’s more than $500,000 a year when diesel users are included from July 1, 2014."

"Over recent years, Fraser’s has had to upgrade its fleet in order to meet the Federal Government’s carbon emission standards for diesel engines.

“That’s had an enormous effect on our industry,” Mr Fraser said.

“Most significant livestock transport operators are now running the ‘new technology’ engines, which use more fuel, but supposedly produce lower emissions. On top of that, they require bigger cooling systems, making the trucks themselves heavier, so there are operational compromises involved,” he said."

A Monster in the Fridge

The cost of refrigerant gas is tripling with the carbon price, and that’s going to hit any business that cools anything, says Ross Greenwood (Telstra Business - Link)

Everyone knows that the carbon tax, which came in on July 1, will mean we’ll pay more for electricity. But there’s a hidden cost with this carbon tax. It’s not necessarily the price of carbon, which at $23 per tonne is way above the world price anyway. It’s not that.

It’s refrigeration coolants – which are classed as synthetic greenhouse gases – and it affects everything that needs to be cooled in this country. Everywhere there’s a fridge – a pub, a bottleshop, a butcher’s shop, a supermarket – costs are going to rise. And the tax on these refrigerant gases is so much more than the $23 per tonne for carbon dioxide.

While not directly exposed to the carbon tax as a ‘Top 300’ emitter, Brisbane’s Australian Country Choice beef processing plant at Cannon Hill is facing a $500,000 additional annual cost burden in the form of higher electricity charges, alone.


Read more - including a 'double-dip' on the carbon dioxide tax burden at  Beef Central.