In Defence of Freedom of Speech

(In Defence of Freedom of Speech From Ancient Greece to Andrew Bolt is a book written by the IPA's Chris Berg.)

Tony Abbott addressed the Institute of Public Affairs on Monday (6/8/12).

This blog has previously noted that the push,  mainly by the Greens but also by the Gillard Government, and as promoted by the Finkelstein statement (link pdf) has similarities to the gagging of the media by the soviet communists.

Unfortunately, the looney left agree with their antecedents.


As Ben Packham wrote in the Australian (link):


As Labor considers the recommendations of the Finkelstein inquiry, Mr Abbott said its recommended all-media watchdog would become an instrument of journalistic suppression.

"Especially in the hands of the current government, any new watchdog could become a political correctness enforcement agency destined to suppress inconvenient truths and to hound from the media people whose opinions might rattle Phillip Adams' listeners," he said.


TONY Abbott has been gifted a new election issue that he should seize: a Labor Party ready to restrict political debate and valid expressions of view by the Australian people.
Labor's response to the Andrew Bolt case has been a wall of silence.
There is no doubt, however, this is a Labor law and the judge's decision that further represses political debate is seen as a Labor value.

George Brandis who has Bachelors degrees in Law and Arts (Politics), both with first class honours, is quoted by The Australian as saying:


"If I was to become attorney-general in an Abbott government I would make defence of freedom of speech one of my most important priorities."

Arctic Ice-free and the WWF - Updated

The 75 students waiting to go on the Students on Ice 12-day expedition to Greenland were getting anxious Aug.3, as ice in Frobisher Bay still prevented them from boarding their vessel, the Akademik Ioffe.

If the ice clogging Iqaluit’s harbour doesn’t clear in 24 hours, as of Aug. 4, the trip may be cancelled, expedition leader Geoff Green said.

“Our window to get to Greenland is closing,” Green said.

Originally set to depart Iqaluit Aug. 1, the team has been waiting at Arctic College’s old Ukkivik residence for winds to turn.

This delayed departure should be an early lesson for these students, however it looks like they are slow learners. Expedition leader Geoff Green:


“It’s ironic, because globally the sea ice is diminishing. We seem to have what’s left of it in Iqaluit and Frobisher Bay."

In July, this blog reported  that two supply ships were stuck in the mouth of Frobisher Bay because of "brutal sea ice conditions."  (link)

Party Is Over In The Arctic 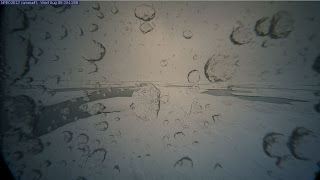 The North Pole is freezing up for the winter.

I am lucky enough to be representing WWF on the expedition, along with 3 incredible young women that WWF is sponsoring from Nunuvut, Greenland, and the Northwest Territories. Hailing from Vancouver, and having never ventured north of Edmonton (and in the summer at that), I really can’t begin to know what the real Arctic is going to be like. The only certainty I have is that over the next 2 weeks the Arctic is going to develop new meaning to me. It is going to change from something in my mind, to something that I will live and breathe. It will change to be the place that I saw that animal, where I met those people, and where I ventured into that community. It is going to change my life in a new and unexpected way.


Hopefully, the "three incredible young women" from Greenland are more aware than most at the WWF that Greenland, with it's current temperature is not melting and causing sea level rises.

Carolyn says that she "really can’t begin to know what the real Arctic is going to be like." Having probably been spoon-fed the WWF's bullshit, if she looks at the Arctic with an open mind, she will be amazed to find that she has been bamboozled.

For instance, the WWF's page called

Warming in the Arctic is expected to be two or three times greater than the rest of the world. Even a slight shift in temperature could potentially result in an ice-free Arctic within this century..

To back up (or maybe because of) the WWF,  The UK Guardian recently reported that:

Arctic may be ice-free within 30 years

they might have mis-interpreted NASA's top scientist who predicted ice-free Arctic for 2012.

SO, if the Guardian is now saying that the Arctic should be ice-free in 30 years, what was it saying in 2008?

Tim Flannery (who wrote the flawed tome The Weather Makers) wrote for the Guardian in 2008:

The sea ice that covers the Arctic Ocean has glistened brightly into space for at least 3 million years.....yet by June 2008 signs of a great melt were emerging and a senior adviser to the Norwegian government was warning that this may be the Arctic's first ice-free year.

Well, Mr Flannery  (or the Norwegian Government) was wrong about 2008 being the "Arctic's first ice-free year."  The ice remained in 2008. But had there previously been an ice free Arctic?

There is also well documented evidence (see pic above) that the USS Skate surfaced at the North Pole on 17th March 1959.  (Link)

So much for the Alarmists' First Ice Free Arctic!

Cannot wait to see if some truth emerges from Ms Dawe's Arctic Adventure or if the wool still stays over her eyes.

NASA Out of Control 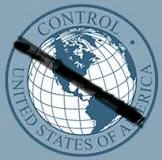 Dr. Tim Ball is Canada-based, one of the world's leading climatologists and former climatology professor at the University of Winnipeg. His Website is www.drtimball.com.  Items by Tim Ball have appeared on these pages (inter alia):

He has recently had a piece published by ON LINE opinion titled (Link):


NASA scientist out of control

James Hansen, Director of the NASA Goddard Institute for Space Studies in New York City, personifies American author Mary McCarthy's observation that "Bureaucracy, the rule of no one, has become the modern form of despotism." Hansen has used his NASA position to misdirect public policy on climate change for 24 years. His recent pronouncements that humanity is causing a dangerous increase in extreme weather have a similar disregard for scientific accuracy.

The public are turning away from claims of human impacts on climate. Politicians use the poor economy as an excuse to cut funds and bypass the issue. As a result, a counterattack is underway by those using global warming for a political agenda. At the forefront again is NASA bureaucrat Hansen, who put climate activism on the world stage before then-Senator Al Gore's Science, Technology and Space committee hearings in 1988.

A year ago, a Gallup World Poll (link) found that, for the planet, only 35% believed that Humans caused Climate Change with a similar percentage for the US (34%).


Hansen told the hearing that he was "99 percent sure . . the [human caused] greenhouse effect has been detected and it is changing our climate now." No scientist would make such a claim. It even contradicts what the United Nations Intergovernmental Panel on Climate Change (IPCC) said in 1995. They asserted,"…no study to date has positively attributed all or part of climate change observed to man-made causes." Hansen's 1988 predictions have turned out to be 150 percent wrong.

Undeterred, Hansen now writes that he underestimated how bad things would actually get and makes even more of the sort of mistakes that have been typical throughout his career. In his July 2012 article, The New Climate Dice: Public Perception of Climate Change, he and his co-authors cite the 2007 IPCC Report which said "...observed global warming is now attributed with high confidence to increasing greenhouse gases (IPCC 2007a)."


It’s impossible to see a lag of centuries on a graph that covers half a million years so I have regraphed the data from the original sources, here and here, and scaled the graphs out so that the lag is visible to the naked eye. What follows is the complete set from 420,000 years to 5,000 years before the present.

Dr Ball asks us to consider the comment by German physicist and meteorologist and Klaus-Eckard Plus:


Ten years ago I simply parroted what the IPCC told us. One day I started checking the facts and data – first I started with a sense of doubt but then I became outraged when I discovered that much of what the IPCC and the media were telling us was sheer nonsense and was not even supported by any scientific facts and measurements. To this day I still feel shame that as a scientist I made presentations of their science without first checking it. The CO2-climate hysteria in Germany is propagated by people who are in it for lots of money, attention and power.


It is clear that Hansen has used his position for political activism and abuse of public trust. As a US Federal bureaucrat it appears he has violated the Hatch Act defined as follows:


Enacted in 1939, the Hatch Act (5 U.S.C.A. 7324) curbs the political activities of employees in federal, state, and local governments. The law's goal is to enforce political neutrality among civil servants: the act prohibits them from holding public office, influencing elections, participating in or managing political campaigns, and exerting undue influence on government hiring.

The public has a right to know who is protecting James Hansen and why are they doing it.

Prime Minister Julia Gillard's attempt yesterday to try to divert blame for power price rises away from her (There will be no) Carbon (dioxide) Tax is something short of amazing.

As the Fin Review put it:


But federal Labor has been blithely inert over the risks to the nation’s power system from the mish-mash of regulations and crazy green schemes. Under Kevin Rudd, federal Labor effectively sabotaged former Labor premier Morris Iemma’s brave attempt to privatise NSW’s electricity industry.

The political problem Ms Gillard wants to head off is consumer outrage over soaring electricity prices,with power bills increasing by an average of 48 per cent in the past four years. This increase is regressive, hitting the poor and those in marginal Labor electorates harder than more affluent families.

The Fin Review points out that "By the federal government’s estimation, less than a quarter of that increase is due to the carbon tax." However crazy Green Renewable energy targets are also increasing electricity costs.

In the UK, it has been estimated that obsession with wind power will cause family energy bills to soar by £300 ($A450)  (John Ingham  - Daily Express)

Professor Gordon Hughes warn­ed that wind power may even fail in its aim of cutting greenhouse gases.

He said: “Unless the current Government scales back its commitment to wind power very substantially, its policy will be worse than a mistake, it will be a blunder.”

In a damning report for Lord Lawson’s Global Warming Policy Foundation, Professor Hughes said family electricity bills will rise to nearly £850 a year from their current £528 to pay for wind power technology.

He claimed the same electricity could be provided by modern combined gas cycle plants for £13billion – nearly 10 times cheaper. 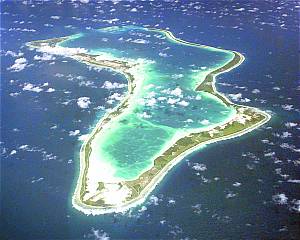 What was done
In an effort dedicated to resolving these problems, Dunne et al. examined what they describe as "the up-to-date evidence of recent sea-level change in the Chagos Archipelago from tide gauge, satellite altimeter records, and ocean models."

What was learned
In the words of the three researchers, "there is no evidence of any statistically significant sea-level rise either from the Diego Garcia tide gauge (1988-2000 and 2003-2011) or in the satellite altimetry record (1993-2011)."