Peter Sissons is a broadcast journalist from the UK. He was a long time newsreader on the BBC. He retired in 2009 to write his memoirs. The Daily Mail is serialising the memoirs. The latest episode talks about the BBC and  Man-made Global Warming:

For me, though, the most worrying aspect of political correctness was over the story that recurred with increasing frequency during my last ten years at the BBC — global warming (or ‘climate change’, as it became known when temperatures appeared to level off or fall slightly after 1998).
From the beginning I was unhappy at how one-sided the BBC’s coverage of the issue was, and how much more complicated the climate system was than the over-simplified two-minute reports that were the stock-in-trade of the BBC’s environment correspondents.

After the inauguration of Barack Obama the BBC reported that scientists had calculated that he had just four years to save the world. They omitted the fact that it was the opinion of James Hansen.

The BBC’s editorial policy on ­climate change, however, was spelled out in a report by the BBC Trust — whose job is to oversee the workings of the BBC in the interests of the public — in 2007. This disclosed that the BBC had held ‘a high-level seminar with some of the best scientific experts and has come to the view that the weight of evidence no longer justifies equal space being given to the opponents of the consensus’. The error here, of course, was that the BBC never at any stage gave equal space to the opponents of the consensus.


According to Montford and Newbery, the key event was a BBC seminar at Television Centre entitled Climate Change – the Challenge to Broadcasting, which was made up of ’30 key BBC staff’ and ‘30 invited guests’. The ‘key speaker’ was Lord May of Oxford (the Royal Society President who also happened to be a WWF trustee and environmental activist).

Are we in Australia better off  with "OUR" ABC? Well, the ABC.s charter requires impartiality:

Well, that should makes us better off than Britons and their BBC, shouldn't it? In March 2010, the Chairman of the ABC, Mr Maurice Newman addressed ABC journalists, program-makers and managment-

Climate change is a further example of group-think where contrary views have not  been tolerated, and where those who express them have been labelled and mocked.  In his ABC Online blog last October Chris Uhlmann wrote a piece called In praise of the sceptics.  ‘“Climate science we are endlessly told is “settled”’ he wrote.  “But to make the, perfectly reasonable, point that science is never settled risks being branded a “sceptic” or worse a “denier”…one of those words, like “racist”, which is deliberately designed to gag debate…You can be branded a denier if you accept the problem and question the solutions.”
This collective censorious approach succeeded in suppressing contrary views in the mainstream media, despite the fact that a growing number of distinguished scientists were challenging the conventional wisdom with alternative theories and peer reviewed research.
Then came the sensational revelations of unprofessional conduct by some of the world’s most influential climatologists exposed by the hacked or leaked emails from the University of East Anglia’s Climatic Research Institute.  This was followed by more evidence of dubious research and politicised advocacy contained in scientifically unsupported claims and errors in the IPCC 4th Assessment, including in the carefully vetted Synthesis Report.  Questionable methods of analysis resulting in spurious temperature data have added further doubts on the underlying credibility of the science.

I was concerned to read yesterday the remarks made by ABC chairman, Maurice Newman, to a gathering of journalists, program-makers and management on Wednesday.
Since his speech I have been contacted by a number of Media Alliance members from the ABC’s news and current affairs team who have interpreted Mr Newman’s remarks as an attempt to influence the ABC’s line on climate change.

The ABC's line on Climate Change? What line? Aren't they, under their charter, supposed to be impartial? On the ABC's children on-line pages, they had a depiction of the average Australian as a pig. Too much carbon production causes the pig to explode, leaving behind a pool of blood.


"Do you think it's appropriate that the ABC portray the average Australian as a pig and is it appropriate for a website obviously geared towards kids to depict people who are average Australians as massive overweight ugly pigs, oozing slime from their mouths, and then to have these pigs blow up in a mass of blood and guts?"

The ABC also runs an forum called: "Ask an Expert" on Climate Change. In answer to the question: "How can scientists tell that climate change is due to greenhouse gases, rather than part of a natural climate cycle?" the reply included:

Climate models driven by scenarios of greenhouse gas and aerosol (small particle) emissions estimate a rise in temperature of 1.4 to 5.8 degrees by 2100 assuming no actions to reduce climate change. While this is comparable to previously occurring climate change, it is occurring at an unprecedented pace and the changes would affect a larger and less mobile population.

What was the reaction to Chairman Newman's address? Well, Greens Senator Christine Milne advised the ABC journalists "to ignore the anti-science nonsense peddled by the Chair of their board and instead increase their strong coverage of climate change." Ben Eltham writing on newmatilda said "Maurice Newman's attack on the ABC's editorial standards shows he is unfit to remain chair of the national broadcaster."
And the President of the Friends of the ABC, Mal Hewitt, had this to say: "Chairman of the ABC Maurice Newman’s somewhat eccentric attack on the ABC’s perceived failure to provide an adequate voice to climate change deniers, despite ample evidence to the contrary...."

Gee, I would like to see some evidence of that ample evidence.
The last budget figure for the ABC that I have seen was $1.13B. I remember when they used to advertise that it cost us a few cents a day. The sometimes accurate Wikipedia tells me that it is now 7.1ç per day. I am not getting my money's worth.
Posted by Geoff on January 26, 2011 3 comments:

Questions on floods, dams, and funding

Letter to the editor - by Leon Ashby - President The Climate Sceptics

Questions on floods, dams, and funding 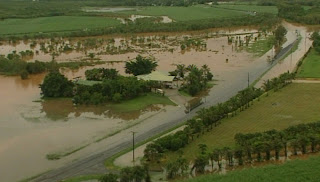 I believe Australians like its leaders to be consistent and logical so I pose these questions regarding the recent floods and the Federal Government funding response.

Will the politicians who believe extra CO2 causes floods (e.g. the Greens) be consistent and advocate more CO2 to help the Murray River flow more regularly?
Will the politicians who say extra CO2 causes Global warming and droughts (ALP, Greens & half the coalition) support  building more dams (to provide us with more water and reducing flood impacts on downstream towns)?
Is there a government politician who will stand against a tax for raising $10 billion for flood repairs for our own country, because we don`t tax for the $10 billion of overseas and development aid we pay each year? and
Is there a government politician calling for businesses to assist the "Flood rebuild" that will lead from the front and call for a pay cut for themselves as well?


Leon Ashby
President The Climate Sceptics
Posted by Geoff on January 26, 2011 No comments:


Well informed people know it is impossible to transmit the voice over wires and that were it possible to do so, the thing would be of no practical value. 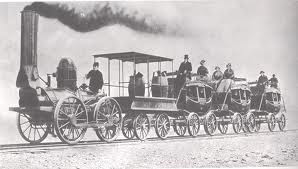 Rail travel at high speed is not possible because passengers, unable to breathe, would die of asphyxia.

Men might as well project a voyage to the Moon as attempt to employ steam navigation against the stormy North Atlantic Ocean.

- Dr. Dionysus Lardner (1793-1859)
Professor of Natural Philosophy and Astronomy
This `telephone' has too many shortcomings to be seriously considered as a practical form of communication. The device is inherently of no value to us.

Television won't be able to hold on to any market it captures after the first six months. People will soon get tired of staring at a plywood box every night.

- Darryl F. Zanuck, Head of 20th Century-Fox, 1946.
There is no reason for any individual to have a computer in their home.

Computers in the future may weigh no more than 1.5 tons.

- Popular Mechanics, 1949
We have reached the limits of what is possible with computers.

- John Von Neumann, 1949
I think there is a world market for maybe five computers.