The Costs of the Global Warming Fraud 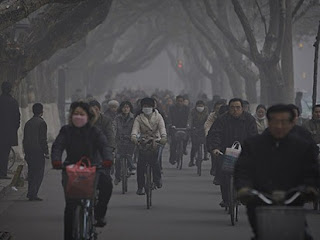 A report out this week, in order to try and explain the lack of warming (and it's a travesty that there is no warming) are now saying that the lack is caused by coal-fired power stations:

Robert Kaufmann, a professor at Boston University, said he was motivated to conduct the study after a sceptic confronted him, telling him he had seen that temperatures had not risen over the decade.
"Nothing that I had read that other people have done gave me a quick answer to explain that seeming contradiction, because I knew that carbon dioxide concentrations have risen," Professor Kaufmann said.
The US-Finnish study, published in the Proceedings of the National Academy of Sciences, named a culprit -- coal.  The burning of coal jumped in the past decade, particularly in China. Coal emits sulfur, which stops the sun's rays from reaching the Earth.


But hang on a moment. Aren't these new climate scaremongers the very same people who only a few years back were telling us that the planet was in danger of being fried to a crisp by runaway global warming?
And wasn't it on their say so that the world's politicians, led by our own here in Britain, were committing us to spending hundreds of billions of pounds to save the planet from the catastrophic warming caused by those same evil power stations?
The question this extraordinary turn of events raises is whether any of these supposed experts actually have the faintest idea what they are talking about.
But perhaps the most bizarre thing about this latest twist in the ongoing climate scare story is the way it takes us precisely back to where it all started 40 years ago.
All of us today have become so accustomed to the notion of global warming that it is hard to believe that in the Seventies, U.S. scientists began to warn us the world was heading for a cooling so severe it might even herald a new ice age.

Christopher  reports that the British Government has committed £18 Billion every year until 2050 to combat the warming that has stopped.
The Daily Mail reports:

Last year the Government raised an astonishing £40billion from so-called ‘green taxes’ — with motorists alone paying a record £27billion in fuel duty.
These punitive charges were justified by ministers on the grounds the country needs to do its part to ‘save the environment’ and change the polluting behaviour of drivers and big business.
Yet, as a committee of MPs reveals today, the money was simply swallowed up by the Treasury like any other tax rather than being spent on better public transport or reducing carbon emissions.

£27 Billion on fuel duty? Thank Heaven Juliar said there will be no petrol tax on any government she leads.
These taxes are causing hardships on families in the UK.

As energy prices go through the roof, shocking figures reveal one in four families has been plunged into fuel poverty. Single parents are the hardest hit with 39% of mother or father and child households struggling to pay bills. The figures are higher than the one in five first estimated and show for the first time wealthier families have also been hammered by spiralling fuel costs with 15% of middle classes now fuel poor.

Now, on Sunday the GGG - The Gillards Green Government will announce Australia's carbon dioxide taxes. Prepare yourselves as we plunge into desperation.
The terrorist arm of the left, GetUp!, have started a campaign against businesses opposing the tax on colourless carbon dioxide. So, for free, I am offering a target. Richard Branson. Richard Branson recently said the best investment  for the future will be in renewables. He offered some advice to our Prime Minister:

He said he was reluctant to enter into Australia's domestic politics, but was aware of Prime Minister Julia Gillard's carbon tax announcement, due on Sunday.
"Ideally any tax should be done on a global basis really," Sir Richard said.

He wants to use Eucalypts for aero fuel:


"Obviously Australia has a lot of eucalyptus trees and, if we are correct, it would be a wonderful fuel for the future which won't eat into the food supply."

But Richard, it will eat into our carbon sink. Remember those stories of how the depletion of the Amazon rainforests were causing warming?

Lord Christopher Monckton, after an address in Sydney at the Wesley centre, was interviewed. 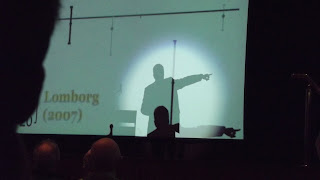 Lord Monckton maintained that introducing a price on carbon would be "economic suicide" for Australia.


"A nation which utterly forgets to try to make sure that what it offers to the world is at least within shouting distance of the price of what others are offering... will soon go out of business and as a nation die and fade away," he said.
"This could be the end of an independent Australia. You may think I'm overstating this, but just sit and watch."