The Earth really doesn’t care about what is done to or for it. 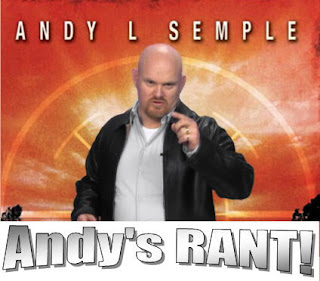 The cover of the US Summer 2010 issue of the American Scholar quarterly carries a cheeky assertion: “The Earth Doesn’t Care if You Drive a Hybrid.” The essay inside is titled “What the Earth knows”. What it knows, according to the author Robert B. Laughlin, co-winner of the 1998 Nobel Prize in Physics, is this: What humans do to, and ostensibly for, the Earth does not matter in the long run, and the long run is what matters to the Earth. We must, Laughlin says, think about the Earth’s past in terms of geological time.
For example. The world’s total rain precipitation in a year is about one meter – “the height of a Labrador dog.” About 200 metres – the height of the Hoover Dam - have fallen on the Earth since the Industrial Revolution. Since the Ice Age ended, enough rain has fallen to fill all the oceans four times. Since the Dinosaurs died, rainfall has been sufficient to fill the oceans 20,000 times. Yet the amount of water on Earth probably hasn’t changed significantly over geological time.
Damaging this old Earth is, Laughlin says, “easier to imagine than it is to accomplish.” There have been mass volcanic explosions, meteor impacts, “and all manner of other abuses greater than anything people could inflict, and it’s still here. It’s a survivor.”
Laughlin acknowledges that “a lot of responsible people” are worried about atmospheric concentrations of carbon dioxide from burning fossil fuels. This has, he says, “the potential” to modify the weather by raising average temperatures several degrees centigrade and that governments have taken “significant, although ineffective,” steps to slow the warming. “On the scales of time relevant to itself, the Earth doesn’t care about any of these governments or their legislation.”
So buy a hybrid (I won’t), turn off your air conditioner (I won’t be), sit in the dark (I won’t) - such actions will “leave the end result exactly the same.” Someday, all the fossil fuels that used to be in the ground will be burned. After that, in about a millennium, the Earth will dissolve most of the resulting carbon dioxide into the oceans (the oceans have dissolved in them “40 times more carbon than the atmosphere contains, a total of 30 trillion tons, or 30 times the world’s coal reserves.”)
The dissolving will leave the concentration in the atmosphere only slightly higher than today’s. Then “over tens of millennia, or perhaps hundreds” the Earth will transfer the excess carbon dioxide into rocks, “eventually returning levels in the seas and air to what they were before humans arrived on the scene.” Sure, this will take an eternity as humans relate, but a blink in geological time.
It seems, Laughlin says, that “something, presumably a geologic regulatory process, fixed the world’s carbon dioxide levels before humans arrived” with their SUVs and computers. Some scientists argue that “the photosynthetic machinery of plant seems optimised” to certain carbon dioxide levels. But “most models, even pessimistic ones,” envision “a thousand year carbon dioxide pulse followed by glacially slow decay back to the pre-civilization situation.”
Laughlin believes that humans can “do damage persisting for geological time” by “biodiversity loss” – extinctions that are, unlike carbon dioxide excesses, permanent. The Earth did not reverse the extinction of the Dinosaurs. Today extinctions result mostly from human population pressures – habitat destruction, pesticides etc – but “slowing man-made extinctions in a meaningful way would require drastically reducing the world’s human population”, not carbon pollution. Which will not happen.
There is something like a pathology of climatology. To avoid mixing fact and speculation, Earth scientists are, Laughlin says, “ultra conservative,” meaning they focus on the present and the immediate futures. “[They] go to extraordinary lengths to prove by means of measurement that the ‘globe is warming now, the ocean is acidifying now, fossil fuel is being exhausted now, and so forth, even though these things are self-evident in geological time.”
Climate change over geologic time is, Laughlin says, something the Earth has done “on its own without asking anyone’s permission or explaining itself.” People might cause climate change, but major glacial episodes have occurred “at regular intervals of 100,000 years,” always “a slow, steady cooling followed by abrupt warming back to conditions similar to todays.”
Six million years ago the Mediterranean dried up. Ninety million years ago there were alligators in the Arctic. Three hundred million years ago, Northern Europe was a desert and coal formed in Antarctica. “One thing we know for sure,” Laughlin says about these convulsions, “is that people weren’t involved.”
Nor will a Carbon tax or Cap & Trade scheme make any real difference. I suspect the real motivation for wanting a “price on Carbon” is money, as there’s a lot of “Green to be made” in being Green.
Speak without fear and question with boldness.
References
(1) http://www.theamericanscholar.org/what-the-earth-knows/
Posted by Geoff on October 09, 2010 No comments: